Our “Give a Day, Get a Disney Day” celebration may have started in Chicago with Mickey and Minnie but it certainly didn’t end there — it spread around the nation and into Canada. 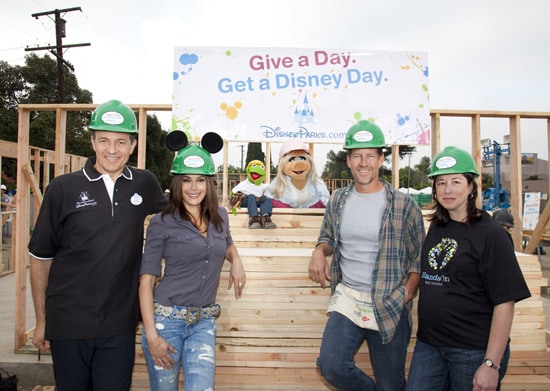 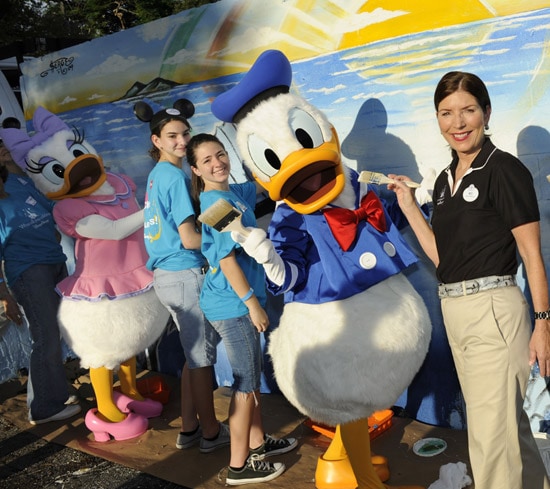 Walt Disney World President Meg Crofton and the Disney VoluntEARS joined the community around the Miami River in South Florida for volunteer work. The projects included shoreline restoration, enlarging a community garden, landscaping and other work to revitalize the community. Disney characters Donald and Daisy Duck helped with the volunteer work. 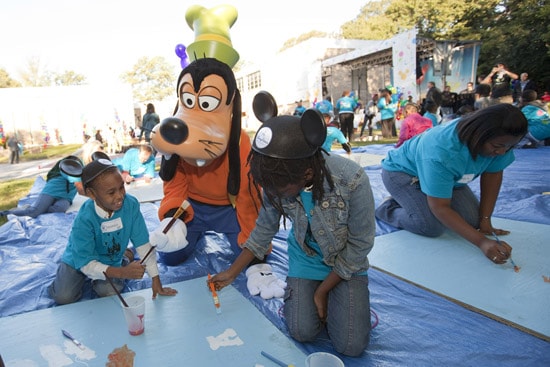 Also, Disney Parks and Resorts joined volunteers to revitalize Butler Street YMCA in Atlanta, GA. Volunteers constructed an amphitheater, planted and painted to beautify the facility and the surrounding area. Disney characters Goofy and Pluto were also “digging” the volunteer effort at the YMCA.

And volunteers in Toronto helped revitalize the grounds at the Toronto Zoo – they painted, planted and cleaned up the public zoo areas.

Remember, if you perform a similar day of volunteer service for a participating organization beginning on January 1, you’ll receive a one-day admission ticket to a Walt Disney World or Disneyland theme park. When the program launches, it’ll be as easy as signing up, volunteering and then redeeming your ticket.

In upcoming weeks, we’ll be spreading the volunteer message throughout the nation. We’re working with Southwest Airlines to provide transportation for a 20-city tour that’ll include a few surprises. We’ll be posting updates on the @DisneyParks Twitter account and on The Disney Parks Blog.

Here are some details you need to know: Must pre-register and sign up for eligible volunteer opportunity at disneyparks.com. Ticket quantities for this program are limited. Must be at least age 6 to participate. Other terms and conditions apply. For details, see disneyparks.com in the United States and Puerto Rico. In Canada, see disneyparks.ca.