Celebrating a Decade of Magical Trades

Hi, I’m Steven Miller, project manager for Disney Trading. I regularly look for things to celebrate. October 1, 2009 is one of those special celebratory days for me. It’s not my birthday but (cue confetti), it’s the tenth birthday for Disney Pin Trading! I can’t believe it’s been 10 years! The funny thing about trading is that it was planned to only last through the end of 2000. 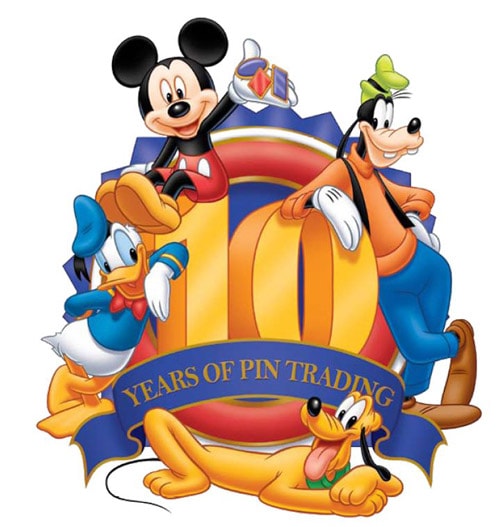 Trading was considered the perfect compliment to the “Celebrate the Future Hand-in-Hand” marketing theme for the Millennium Celebration. What better way to bring people together than by exchanging pins, hand-to-hand? The hope was that through trading pins folks would connect, share stories and make friends. I guess the plan worked as you are currently reading this story 10 years later. I’m particularly excited to start our bi-coastal, 10th birthday celebration for Disney Pin Trading – a celebration we have been planning for the past year. The “Decade of Magical Trades” celebration will run from October 1, 2009 through October 10, 2010 (or 10/10/10 for those numerology fans). Though the official 10th anniversary of Disneyland Resort Pin Trading isn’t until February 17, 2010, we wanted to celebrate at both locations starting on October 1 (you know, it takes two to make a trade). 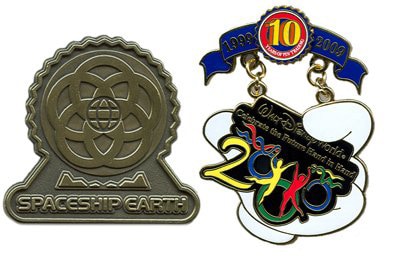 For the celebration, we made some incredibly fun pins that I think Guests will love – from the “Limited Edition 100s,” only 100 of each design were made and will be released on the 10th of each month from January to October 2010, to the limited edition “Tribute Collection” that spotlights highly desired or frequently traded pins we have released since the start of Disney Pin Trading. 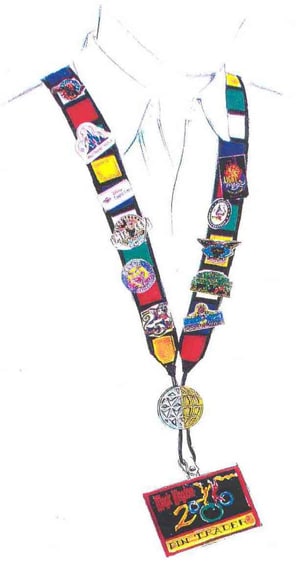 Speaking of trading, did you know the original Cast Member trading concept called for only one Cast Member to be the “pin trader of the day” in select locations? She or he would have worn a Millennium Celebration lanyard and only traded pins with Guests during that designated day. Can you imagine how popular that Cast Member would have been?

Make sure you visit Disney’s Pin Traders at the Downtown Disney areas on either coast (which is the official headquarters for the celebration), or visit DisneyPins.com to see more about this year-long event.