Judging by online conversations, there’s some question about whether Chef Remy, one of our newest Audio-Animatronics characters, can still be seen in Epcot. The answer is, yes, you can still enjoy Chef Remy’s culinary talents.

“Bon Appetit from Chef Remy” at Les Chefs de France at Epcot was initially scheduled to end in September but his appearances have been extended.

If you haven’t experienced Remy’s hijinks, you should. The rat-turned-chef made famous in the Academy Award-winning film Ratatouille flirts, dances and entertains several times a week at the France pavilion in Epcot. 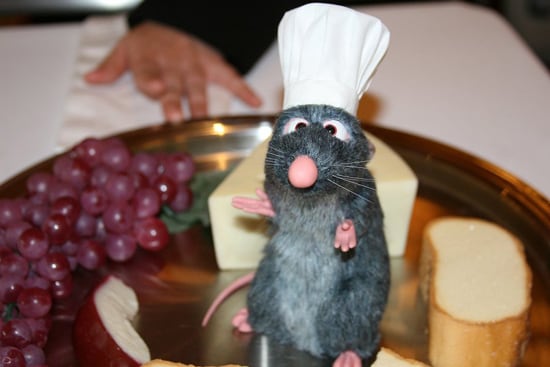 Excitement around Chef Remy begins with his presentation — how he’s revealed. He travels table-to-table on a rolling gourmet food cart. Then a Maitre d’ lifts the lid off a silver-domed cheese platter to begin the show and the smallest Audio-Animatronics character ever created by Walt Disney Imagineering doesn’t disappoint. When Remy recently visited our table at Les Chefs de France restaurant, he didn’t leave until the entire group was laughing.

Check out Chef Remy for yourself in a video we recently created at Disney Parks.