The Vinylmation Holiday Series #1 is in Disney Parks. 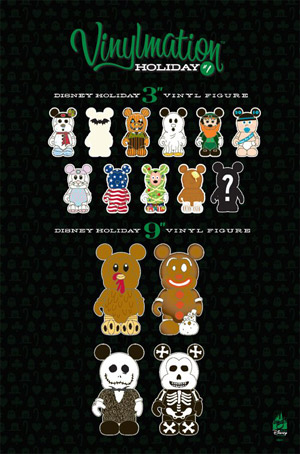 For those unfamiliar with the “Vinylmation,” don’t worry – here is a brief introduction.

“Vinylmation is about expressing creativity and the mysterious thrill of the chase,” said Donald Ferro, Product Developer for these new vinyl figures, when I asked him to summarize Vinylmation in one sentence.

It’s a thrill for our Disney Artists to who see the Vinylmation figure as a blank canvas. Their inspiration comes from everywhere – Disney Park icons, urban landscapes and even holidays (like the new set mentioned above). With each figure having a distinctive art style and personality, the difficult part for me is choosing a favorite. I’m still looking for that SMRT-1 figure from the Park Series #1. Any help?

So how does this Vinylmation thing work?

There are a variety of figures to collect – from 3” limited releases to 9” limited edition figures. For 3” limited releases, there are typically 12 figures per series. Eleven figures are known while the twelfth is called the mystery “chaser.” Each 3” Vinylmation is packaged in a “blind pack” – which means you won’t know which figure you’re getting until purchased. The 3” figures are sold individually or you can get a whole tray (which means you’ll find the chaser, and potentially become the best friend to many collectors). 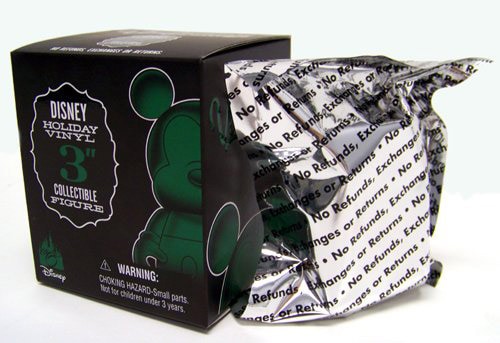 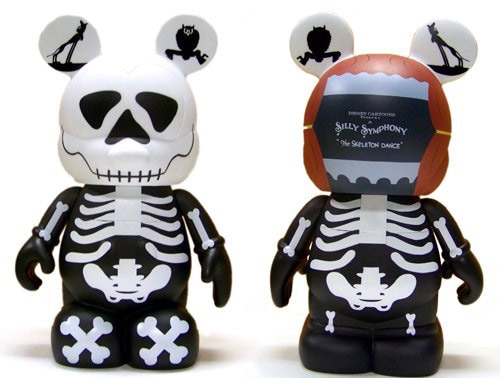 One of my favorite 9” figures from the new Holiday series was inspired by the “Skeleton Dance,” the first Silly Symphony cartoon released in 1929. I loved the music by Carl Stalling from that animated short. Add it to my favorites!

Check out more from the world of Vinylmation at http://www.Vinylmation.com