And the Winner is…

You may have enjoyed different attractions and restaurants at the Disneyland Resort, but did you know that they’re also award winning? 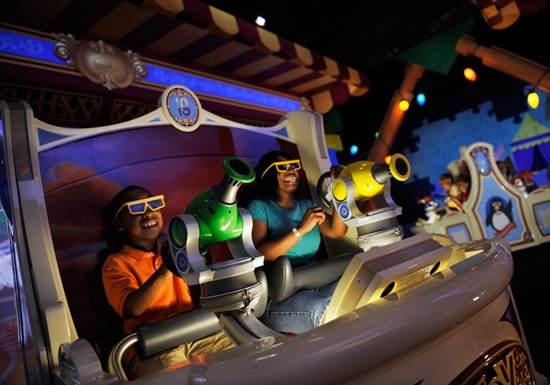 Just today, Walt Disney Imagineering was honored with the top award within the themed entertainment industry. TEA (Themed Entertainment Association) announced that Toy Story Mania! at Disney’s California Adventure Park and Disney’s Hollywood Studios received the Award for Outstanding Achievement for an Attraction. In case you haven’t had a chance to experience the attraction, it’s a high-energy, immersive, ride-through adventure that lets you test your skills at a variety of carnival midway games hosted by the characters from the Disney·Pixar “Toy Story” films. TEA praised the attraction as “a suite of many technical and creative innovations.”

Including this latest award, Walt Disney Imagineering has received a total of 34 awards throughout the Thea Awards’ 16-year history, including nine previous wins in the attraction category. Some of Disney’s past recipients of Awards for Outstanding Achievement for an Attraction include Expedition Everest at Disney’s Animal Kingdom Theme Park, Soarin’ Over California at Disney’s California Adventure Park, Indiana Jones® Adventure at Disneyland Park, Space Mountain, From the Earth to the Moon at Disneyland Paris and CineMagique at Walt Disney Studios Park in Paris. 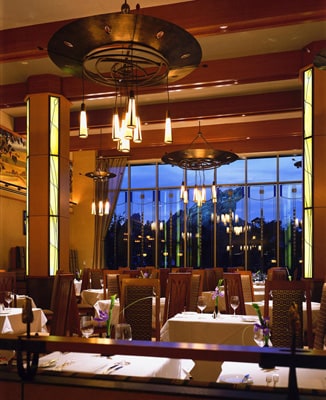 The Resort also got top honors this week from culinary experts and Zagat, a guidebook that polls consumers for their opinions. Recently Zagat announced the Napa Rose, a world-class restaurant at Disney’s Grand Californian Hotel & Spa, as the “Most Popular in OC.” The Napa Rose earned high marks in food, décor and service.

Just yesterday, Napa Rose Executive Chef Andrew Sutton, a 27-year culinary veteran, was honored as one of four recipients of the Antonin Carême Medal presented by the Chefs Association of the Pacific Coast, Inc. Sutton is the 148th person to receive the medal throughout the program’s 40-year history, and the famous chef, Julia Child, is the 28th person to receive this honor. He accepted the medal for his lifetime of achievements, including his involvement in creating an award-winning menu for Napa Rose that features hand-selected ingredients from throughout California’s diverse regions.

Indiana Jones is a trademark of Lucasfilm Ltd.

Destinations: And the Winner is…