November is a special month for Vinylmation – we celebrated our first birthday on November 7, 2009. We first introduced blank Create-Your-Own Vinylmation at the annual Festival of the Masters 2008 at Downtown Disney. To celebrate this first year milestone, we are launching the Park 3 series at Disneyland and Walt Disney World Resorts in mid-November. Interestingly, Park 3 has been in the works for about a year. 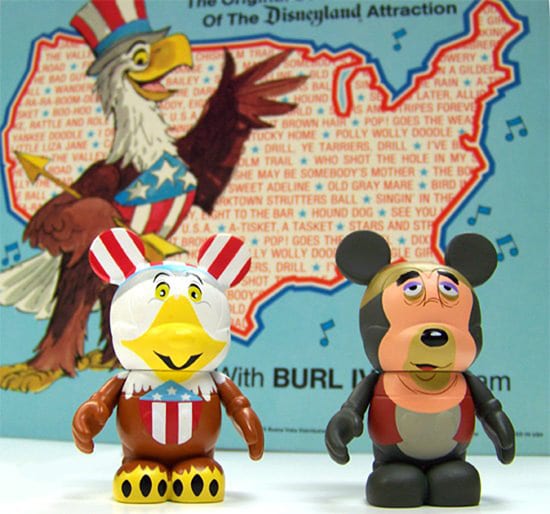 For the Park series, our Disney Artists are inspired by the various attractions, shows, icons, characters or experiences found at Disney Parks around the world. The Park 3 series contains some classic characters such as Sam the Eagle from the former Disneyland Park attraction America Sings and Big Al from the Country Bear Jamboree. I still have the 33 1/2, long-playing record from “America Sings” featuring the voice of Burl Ives. But that is a different kind of vinyl than what I’m talking about today.

When it comes to designing Vinylmation, the thought processes are slightly different compared to the designing of a Disney pin (the other part of my world). The Vinylmation form is a three-dimensional blank canvas, so our Disney artists have to think about their artwork from all sides. I spoke with Thomas Scott, lead designer for the Vinylmation art team at Disney Design Group, about the art development process. 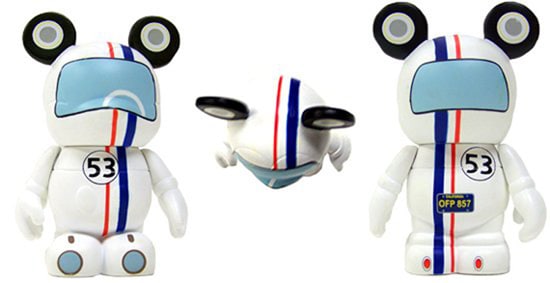 “The art team is continuing to learn the best ways to create art on a flat surface that is eventually wrapped around a three-dimensional form,” said Thomas. “For example, when we designed the 3″ Herbie the Love Bug inspired Vinylmation for Park 3, we had to consider the front, back, side and even the top of the form. The flat artwork looks much different than the final form due to that dimensionality. Also, the manufacturer used 3 different art application processes on that piece to execute our design.”

Thomas also explained that the complexity of the artwork varies from design to design. This means that some Vinylmation make take longer to design than others. 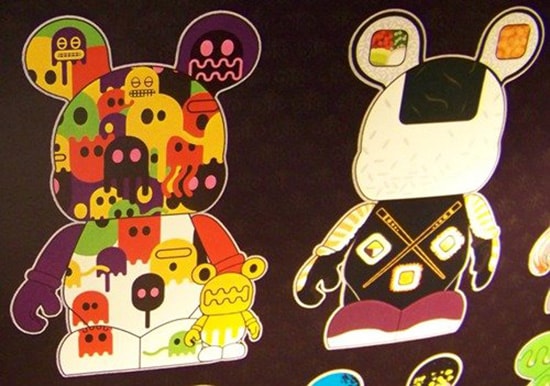 “With each new series, we are pushing the boundaries of creativity, design and manufacturing,” continued Thomas. “I like the Park 3 series as the designs come right from the Disney Parks. Yet, I’m also very excited about the future designs I’m working on now. We’ve learned so much since introducing Vinylmation to the world and the designs are only getting better with each new release.” 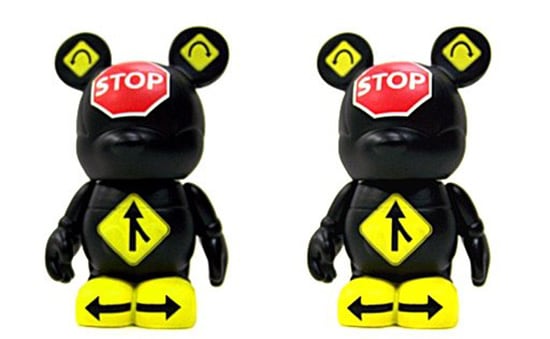