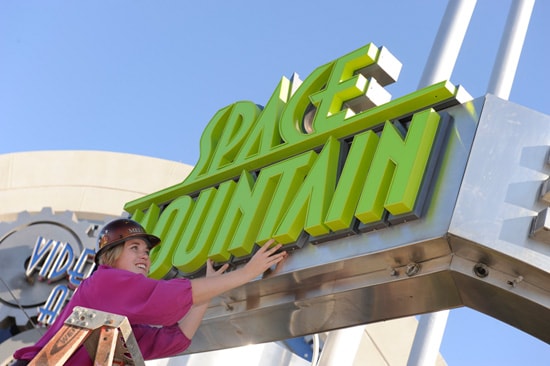 We have more details to share about the Space Mountain attraction at Walt Disney World’s Magic Kingdom Park as renovation work wraps up. But what caught my attention during a recent walkthrough were details about track upgrades. It’s the same track layout and overall look and feel but workers integrated new technology into the track while not changing the classic Space Mountain ride experience. “As technology evolves, it helps us enhance those elements without losing any essence of the attraction,” Walt Disney Imagineering Senior Show Designer Alex Wright says.

You should also know that a ride photo system will capture guests during their space flights on Space Mountain. It’ll utilize , a ride photo system allowing you to access, share and purchase photos during and after a visit. (Update: we’ve recently learned that Disney’s Photopass is not being used.)

Alex says he thinks you’ll be “pleasantly surprised” with the enhancements. The attraction is scheduled to reopen on November 22. Let us know what you think in the comments.