Earlier this week, Tyra surprised three young girls by announcing on “The Tyra Show” that she was sending them and their moms to Walt Disney World. Then, Tyra made a surprise appearance during their park visit on Friday night and joined the group for a Royal Tea Party with Disney’s newest princess, Tiana. 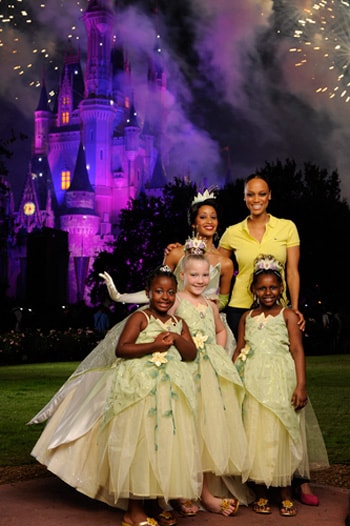 Tyra’s visit to Walt Disney World will be featured Wednesday, Nov. 25 on “The Tyra Show.” It’ll air nationwide at 4 p.m. on the CW Network and then be repeated on Dec. 11.