When renovation work finishes on the Space Mountain attraction at Walt Disney World Resort, it’ll be the same classic experience with a few new surprises. And now, Walt Disney Imagineering is offering an early peek at some of those surprises and the first images from inside the attraction. 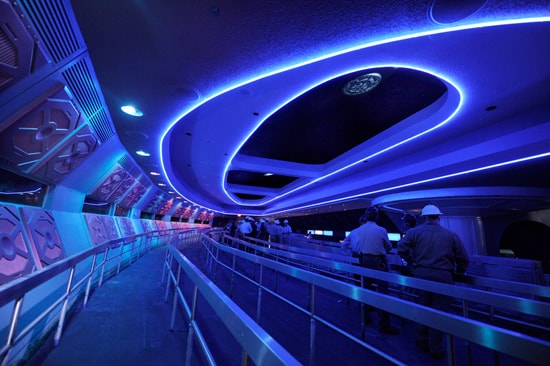 As you know, with any Imagineering project, the story comes first. And the updated Space Mountain attraction at Walt Disney World Resort is no exception. With the update, the storyline is being extended – and you’ll be able to take part.

Passengers will be able to immerse themselves in unique game play as they prepare for blast off, becoming part of the space station adventure. During a recent walkthrough, we deflected asteroids to keep runways clear as part of the story.

The interactive experiences are based on duties you’d find on board a long-traveling space craft, according to Walt Disney Imagineering Senior Show Designer Alex Wright. Each game lasts about 90 seconds with a 90-second interval and the games can accommodate 86 players at one time. 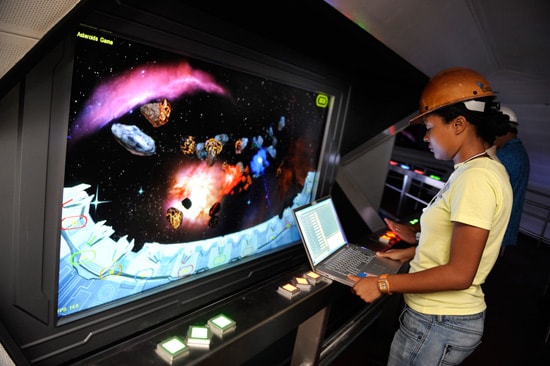 As you move along on your journey, there are “insider” touches typical in projects created by Imagineers. For example, if you’re up on your Disney trivia, you’ll recognize a sign bearing the logo “H-NCH 1975” as a tribute to late Imagineer and Disney legend John Hench. There are also other “Disneyphile” references hidden throughout the attraction.

Space Mountain celebrates the Golden Age of Rocket Travel – inspired by the jet age of the early 1960s. The attraction highlights excitement around the endless possibilities regarding space travel. It did back when it opened in 1975 and I think you’ll agree it still does.

We wanted to share these images now but check back for more updates. Also, please let us know what you think in the comments below.