When people see wildlife, they feel a strong connection and are motivated to take action to protect wildlife, according to research. Studies also show that despite HD TV, 3-D movies and the like, there’s no substitute for a face-to-face experience. Places like Disney’s Animal Kingdom are unmatched in enabling families to connect with wildlife, learn about nature, and become involved in protecting wildlife habitats for the future, especially with births. 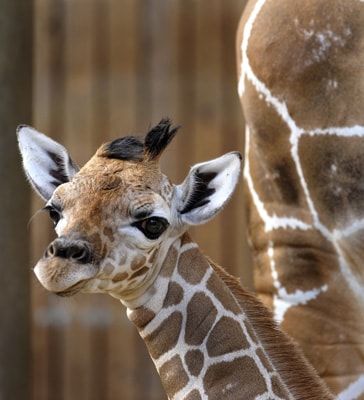 We were recently thrilled to welcome to Disney’s Animal Kingdom two new family members—two baby giraffes, both males, born October 5 and October 12. Our two new giraffe babies, Bruehler, who weighed 166 pounds at birth, and Bolo, whose birth weight was 153 pounds—along with their moms Aibuni and Big Girl, have a really important job to do—serve as ambassadors for their fellow giraffes in the wild.

Bruehler and Bolo represent the 13th and 14th giraffes born at Disney’s Animal Kingdom since the park opened in 1998. Giraffes at Walt Disney World Resort are bred through the Association of Zoos and Aquariums (AZA) Population Management Plan, which is a consortium of zoos and wildlife parks working together to conserve and breed animals. 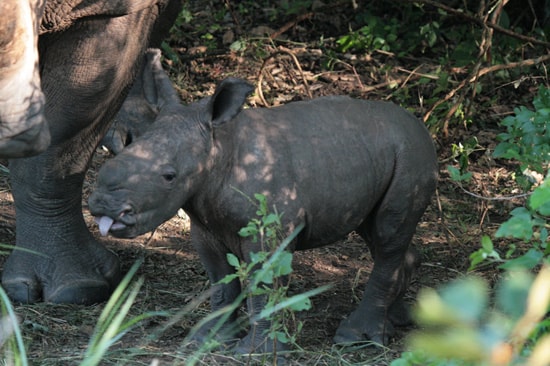 And this summer, we celebrated the birth of the first white rhino born in Uganda in 27 years. Why celebrate a rhino birth in Uganda? Well, a rhino birth is always cause for celebration, but this one was even more special because the baby’s mother, Nande, was born at Disney’s Animal Kingdom. Nande is one of two white rhinos transferred in 2006 as part of the first-ever reintroduction of white rhinos from the United States to Africa. She was accompanied by Hasani, who also was born at Disney’s Animal Kingdom, to help re-establish a white rhino population that has been extinct in Uganda since 1982, a casualty of civil unrest in the region.

So baby animals really are cute, but, even more important, by inspiring people to take conservation action they mean a bright future for wildlife and wild places. For more information on Disney conservation efforts, visit www.wdwpublicaffairs.com.