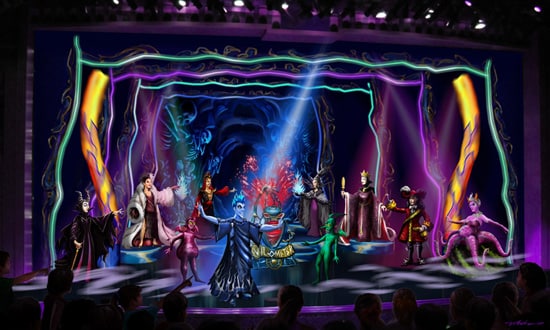 Hey Disney Parks Blog Readers! Today I have really exciting news; there is a brand new stage spectacular heading to the Disney Magic in 2010.

The show is called “Villains Tonight!” and it is the first full-scale musical production dedicated to the Disney villains. The show is a family-friendly comedy that places our famous evil-doers in some irreverent funny moments.

“Villains Tonight!” will premiere during the March 27 voyage aboard the Disney Magic and debut on the Disney Dream in early 2011.

Here is a first look at this new production: