Cast members worldwide mourned the loss of Roy E. Disney this week. He was a Disney Legend who played an important role in many of our lives. We shared some images you may have missed in our “Remembering Roy E. Disney” post. 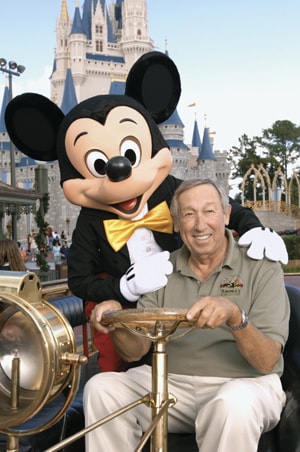 Also this week, we announced the return of Captain EO at Disneyland Resort. Heather Hust Rivera confirmed that the classic musical spectacular will return for an exclusive, limited engagement at Disneyland park beginning in February 2010. Here are some of our other most popular posts of the week:

Top 10 Proposal Ideas at Disney — December is the busiest month of the year for proposals, so Korri McFann shared some tips about the top 10 places to propose at Disney.

One-of-a-Kind Disney Instruments to Benefit Music Education — we offered a first look at one-of-a-kind Disney artwork — one of several instruments designed and painted to benefit music education in schools.

Lincoln: Looking Back and Moving Forward — We posted new video of the figure being programmed.

Snow-Capped Mountains Behind Sleeping Beauty’s Winter Castle — Paul Hiffmeyer, the chief photographer at the Disneyland Resort, captured an amazing photo of the Castle.