Cast members who create costumes collected, dressed and donated an all-time-high number of teddy bears this holiday season for the Salvation Army of Central Florida. The one-of-a-kind toys are going to local children in need of holiday gifts, including a team favorite Princess Tiana bear. 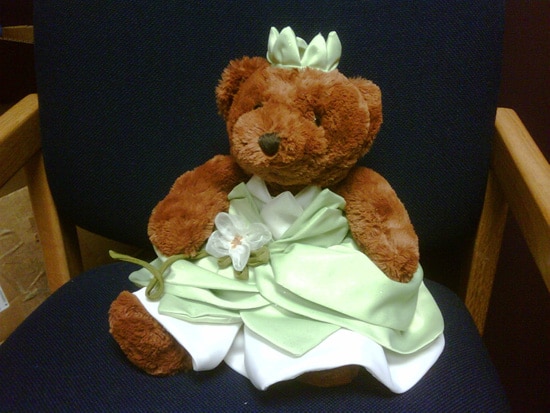 You may not know this, but the teddy bear costuming program began at Walt Disney World in 1996. Cast members work on their own time, often with scraps of fabric from other projects — and their results are impressive. This year, there are more than 400 bears being donated and hundreds of other stuffed stockings.

The project is just one of several Walt Disney World Resort efforts with charitable organizations to help spread magic throughout the community during this “Season of Sharing.” The goal of “Season of Sharing” is to help raise awareness of charitable causes to build better futures for Central Florida’s families and children. More stories and details can be found here.