Lincoln: Looking Back and Moving Forward

More than 44 years ago, Walt and Lillian Disney celebrated the opening of Great Moments with Mr. Lincoln at the Main Street Opera House in Disneyland park. As you can tell from the photo, it was an exciting time for Walt Disney. The show had just received international acclaim at the 1964 New York World’s Fair, and the ribbon cutting ceremony pictured below marked the official opening of the Main Street Opera House. 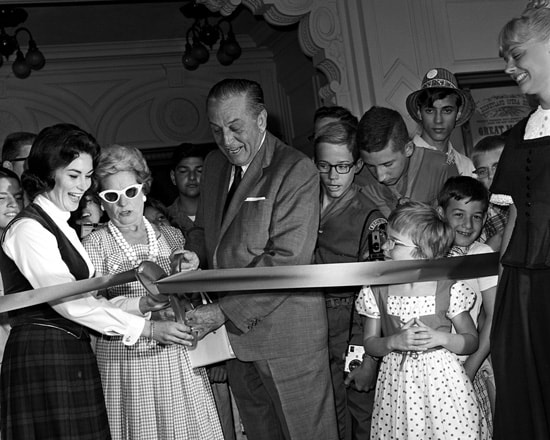 Great Moments with Mr. Lincoln underwent a few changes over the years, and Walt Disney Imagineers have made great progress in refining this classic show. Last month on the Disney Parks Blog, we gave you a sneak peek at the most advanced Audio-Animatronics technology yet.

Today, we have new video of the figure being programmed in the theater. Imagineer Brian Scholz explains the process and how they’ve blended older attraction elements with new technology.

The show is scheduled to open to guests very soon if you’d like to check it out for yourself.