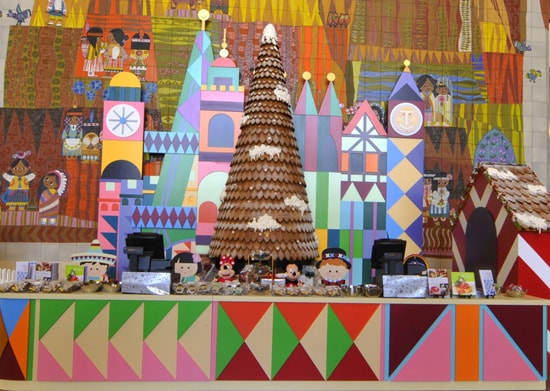 But there’s something new at Disney’s Contemporary Resort that’s just as impressive – a 17-foot-high tree with gingerbread shingles inspired by the Art of Disney legend Mary Blair. If you don’t know Mary’s work, it can be seen in the mural on the fourth-floor concourse wall.

To create the display, a team of 25 bakers used 136 pounds of honey, 101 pounds of flour and about 50 eggs. They also used 75 pounds of icing along with bags of spices and sugar syrup.

Oh, and if you enjoy Hidden Mickeys, the tree has a unique one. We’re sharing where it can be found after the jump: 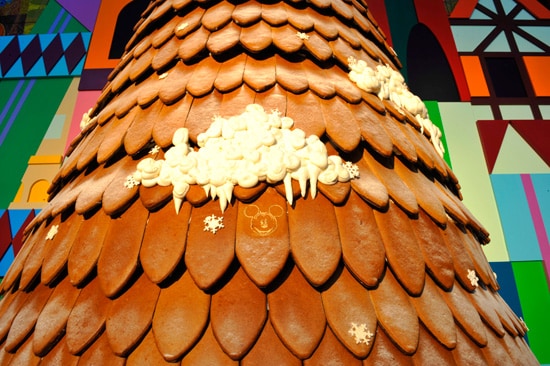