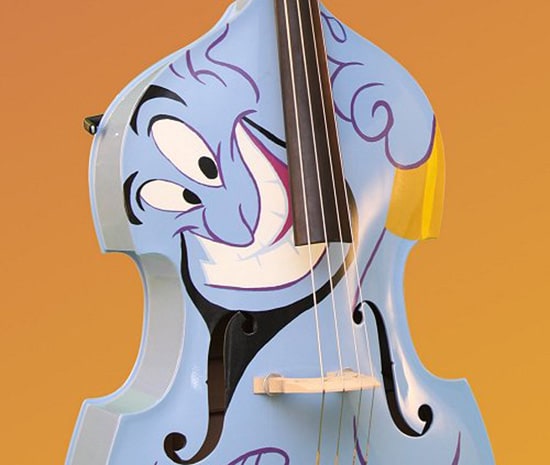 Disney Youth Programs created the “Disney Art for Music” program for the Magic Music Days anniversary and recruited the talents of Walt Disney Animation Studios artists. Conn-Selmer, Inc. donated five string basses and the Disney artists each chose and painted a different Disney theme. The Genie design is first, painted by Layout Artist Brian Kesinger. To finish it, Brian found inspiration in the strangest of places. See for yourself:

You should know that the instruments are debuting on December 17, 2009, at The Midwest Clinic – An International Band and Orchestra Conference in Chicago before being placed in music and art museums around the U.S. Then, the art will be given to the Grammy Foundation to display and auction with the proceeds benefiting music education charities that raise awareness of the importance of music as part of a well-rounded education.

Of course, this is just a sample of what’s to come. Check back for more updates on Disney Youth Programs.