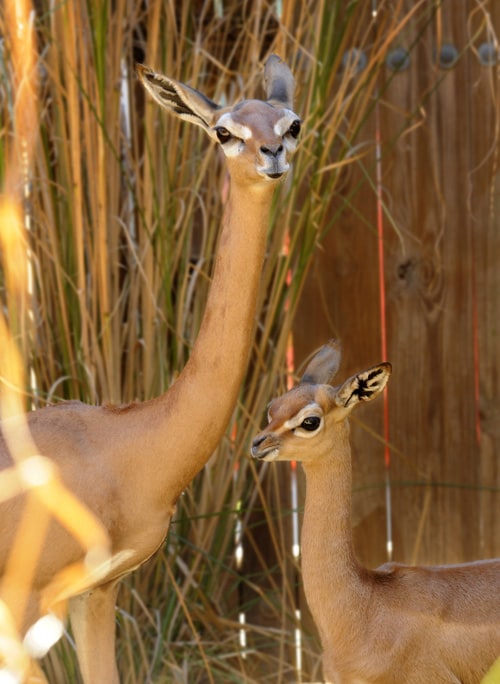 What better way to begin the first week of 2010 than with a beautiful first image of a new member of the family at Disney’s Animal Kingdom — a gerenuk calf named Squirt.

Never heard of a gerenuk? They’re African antelopes with unique long necks usually found in dry, bushy shrub. Unlike other gazelles and most antelopes that graze on grasses, gerenuks often stand on their hind legs. They don’t need to drink much since they get needed water from the plants they eat. And most adult gerenuk reach about three feet at the shoulder and can weigh as much as 115 pounds.

Squirt, Animal Kingdom’s 28th gerenuk calf, weighed in at eight pounds. She was born at the end of November to her 5-year-old mother Sushanunna and 9-year-old father Jingle as part of the Association of Zoos and Aquarium’s Gerenuk Population Management Plan.

You can see gerenuk for yourself during a visit to the Pangani Forest Exploration Trail at Disney’s Animal Kingdom.