Disney’s official fan community, D23, is starting off 2010 with a unique gift that’s sure to get any Disney fan excited — Disney Undiscovered: A 23-Month Calendar of Disney’s Unrealized Masterpieces.

The calendar is brimming with rare and never-before seen images from Disney theme-park, live-action and animation projects that were not completed, many of which have achieved legendary status among Disney fans. “Disney Undiscovered” features art from never-built project like the Mineral King ski resort and Walt Disney’s St. Louis Project, theme park lands such as Discovery Bay at Disneyland, and unproduced films including a watercolor from the original Little Mermaid that Walt had in early preproduction in the late 1930s.

D23 is giving Disney Parks Blog readers a first look at three of the pages in this stunning calendar. They show Mickey’s Madhouse (conceived as part of Dumbo’s Circusland at Disneyland back in 1976 before Toontown was created), the Swiss pavilion at Epcot (designed in 1985 and meant to stand between the Italy and Germany pavilions), and Rock Candy Mountain (which, had it been created back in 1957, would have been Disneyland’s first “mountain”). Have a look and enjoy! 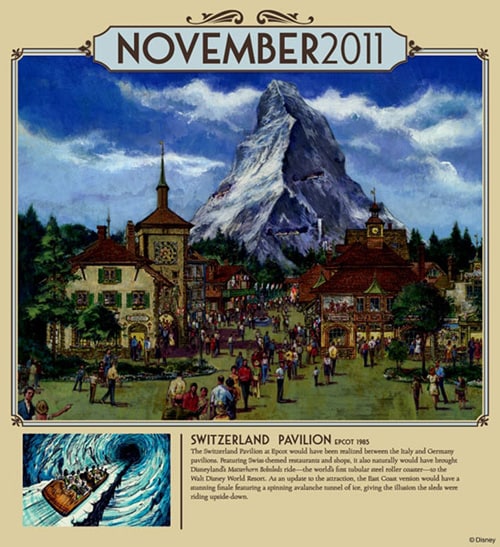 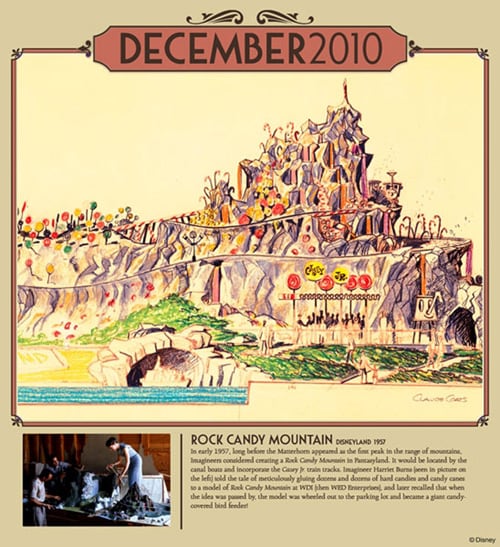 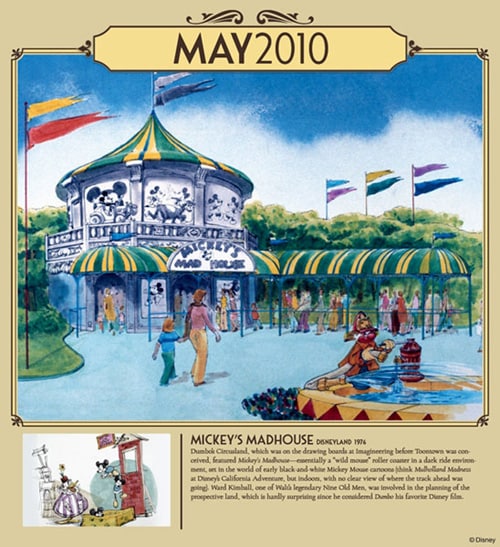 Everyone who joins or renews their D23 Membership in 2010 will receive a calendar.