Since the start of our 10th Anniversary of Disney Pin Trading celebration, I’ve had some time to reflect upon the number of pins we’ve released in the past 10 years. As discussed in a previous article, we are paying tribute to some of the more popular, frequently traded or highly desired pins via limited edition Tribute Collections. But what about those pins that we’d prefer to sweep under the rug? Yes, I’m talking about those pins that are affectionately known as “error” pins. While we aren’t paying tribute to them this year with a pin collection, they are still a part of the Disney Pin Trading story. It’s time to give them a brief moment in the spotlight. 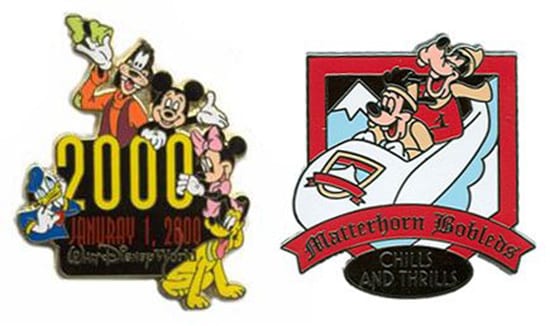 I’m the first to admit that creating quality Disney merchandise is a top priority for the Disney Pin Team. We honestly don’t like “error” pins but have come to accept they will happen on rare occasions. We should have realized that “error” pins were going to be a part of the trading experience on January 1, 2000. It was on that day we released the now infamous “Januray” pin at Walt Disney World Resort . That’s correct – “January” was mis-spelled and it wasn’t caught until after the pin was released for sale. We’ve had a few more of those mis-spellings over the years including a more recent one released in 2009 (yes, I know how to spell “bobsleds” but clearly my spell check device was broken that day).

Are these “error” pins more valuable? I really don’t discuss pin value as I believe that all Disney pins are great (and therefore are priceless). The value of a particular pin will be different for every person. Like many collectible items in the world, value guidebooks exist for Disney pins. These guidebooks aren’t created by us, rather they are published by fans and collectors. We tend to focus on the trading value of pins. In other words, we like giving Guests something that will help them in making future trades with other Guests. At no time, however, do we plan for “error” pins. They are often a surprise to us (it’s probably my least favorite telephone call to receive). 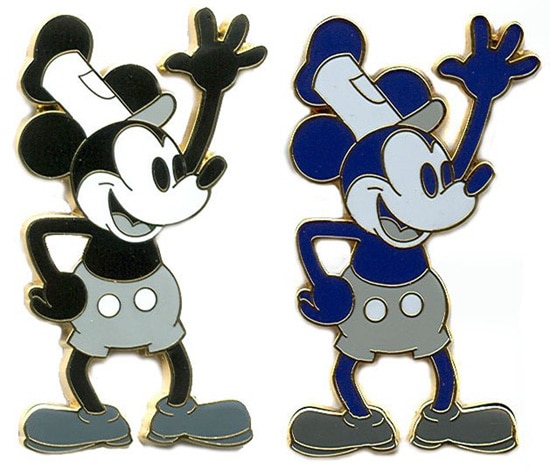 So, if you are like me who loves catching those continuity errors in motion pictures (I think I’ve found almost all of them in my favorite film, Tron), keep your eyes open. Hopefully for us, it will be a long time until you see another error on a Disney pin.