“How cute!” This is the phrase I most commonly hear when someone sees the newest 3-inch Vinylmation figures – the Cutesters. I have to agree – they are pretty cute (it’s probably why we named them “Cutesters” and not the “Girly Series,” which was once a possibility for their name). This series is a departure from the previous Park, Urban and Holiday series we’ve released. I caught up with Lisa Badeen, the artist responsible for their design, to learn more. 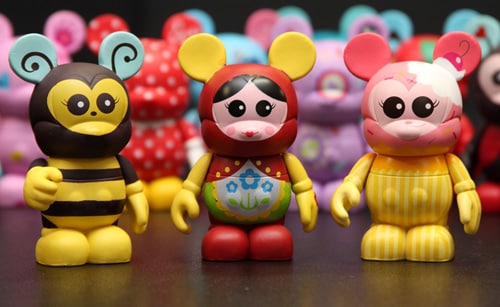 “I submitted six designs around December 2008,” explained Lisa. “I thought these figures would make a nice addition to a future Urban series. I never thought they would become their own collection.” As it turns out, timing is everything. The development team was looking to expand Vinylmation in a new direction by offering a “bright, over the top sweet and cute” (there’s that word again) collection. Before Cutesters, the Vinylmation packaging featured a rather dark palette with mostly black and gray colors. Cutesters would add a much needed “pop” to balance the various series.

Lisa explained that she was responsible for not only the 3-inch figure designs but also the packaging for Cutesters.

“I was asked to create the packaging for the Cutesters by Thomas Scott, lead designer for Vinylmation,” continued Lisa. “I pulled different elements from the 12 figures and incorporated those details into the packaging to tell a complete story. Brainstorming the concepts, however, took longer than actually drawing them. There were many concepts that didn’t make the final cut.” 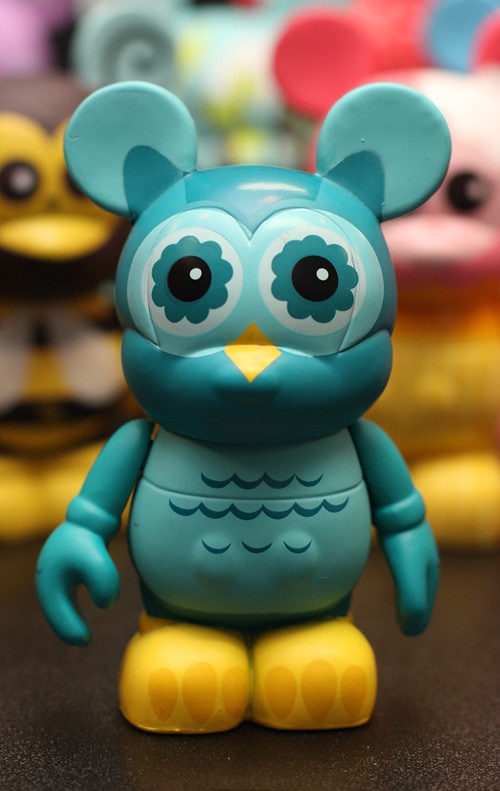 When asked about her favorite figure, Lisa responded, “The owl is my favorite figure! The design is so simple and really fit the Mickey Mouse shaped canvas. In fact, I love the owl so much that I used it in some of the apparel items I also designed.” 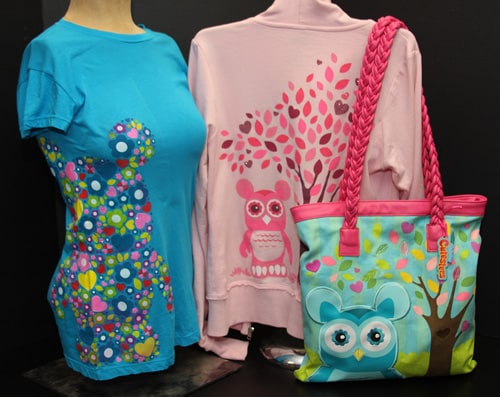 Some of these new apparel items recently made their debut at D-Street, the new Vinylmation Mothership/urban inspired location that opened at Downtown Disney District in California. The bag pictured above (which is my favorite apparel item and according to Lisa has a “few extra secrets”) will fly into stores in Spring 2010.

Speaking of extra surprises, Guests should pay particular attention in this collection for something we haven’t done before. We think it will have you saying . . .