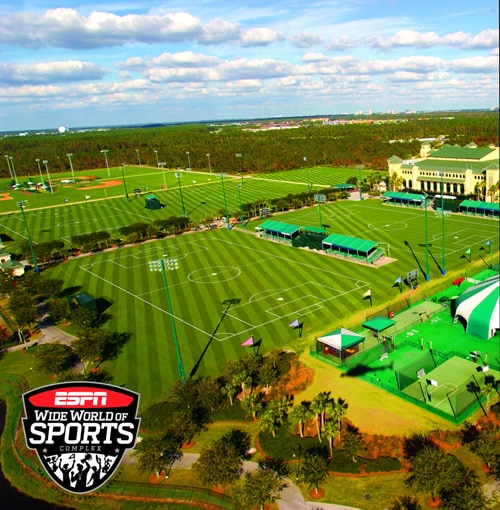 The past couple months we have been hinting at some unique and incredible changes taking place at the soon-to-be-re-imagined ESPN Wide World of Sports Complex at Walt Disney World Resort.

With our official re-launch taking place on February 25th, we’re excited to bring you the first of many announcements.

February 25th is the first round of play with games at 6 p.m. and 8:30 p.m. On February 27th the two losing teams will kick off at 6 p.m. with the championship game between the two winning teams following at 8:30 p.m.

Where else can you catch some great soccer, meet elite athletes and enjoy the magic of Disney for only $13.50? Head to our web site for ticket information and be sure to check the blog for more exciting announcements from Disney Sports.