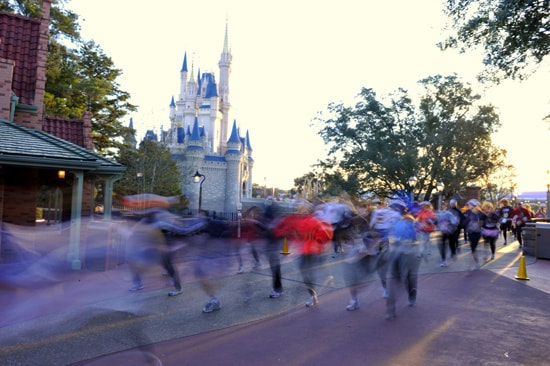 As amazing as this image is (thanks, Garth Vaughan), it’s tough to show the conditions runners faced to begin the 2010 Walt Disney World Marathon today. At start, temperatures were in the low 30s — it was cold. But tens of thousands of participants braved the freezing temperatures and ran the 26.2-mile trek that included all four Walt Disney World theme parks.

Congratulations to all of the participants. Also, on Monday, Darrell Fry, Walt Disney World sports media director, will have a unique post from the event that you won’t want to miss.