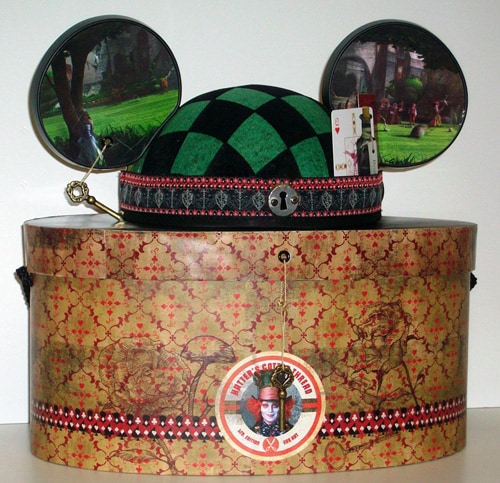 Hi everyone…I wanted to let you know that we’re launching some unique limited-edition items soon, including an interesting “Alice In Wonderland” collectible ear hat. It’s a limited edition hat between the Walt Disney World and Disneyland Resort that’ll only be available at select Disney Parks locations…where ear hats are sold. Of course, the piece celebrates the launch of the new Tim Burton film in theaters March 5, 2010.

According to Megan Kachur, Product Developer for all headwear, this ear hat has so many pieces and parts from its satin interior, dangling key, brim accents from signature film icons to its linticular Cheshire cat box cover that it’s sure to be a conversation starter. So, do you have a favorite Disney ear hat?