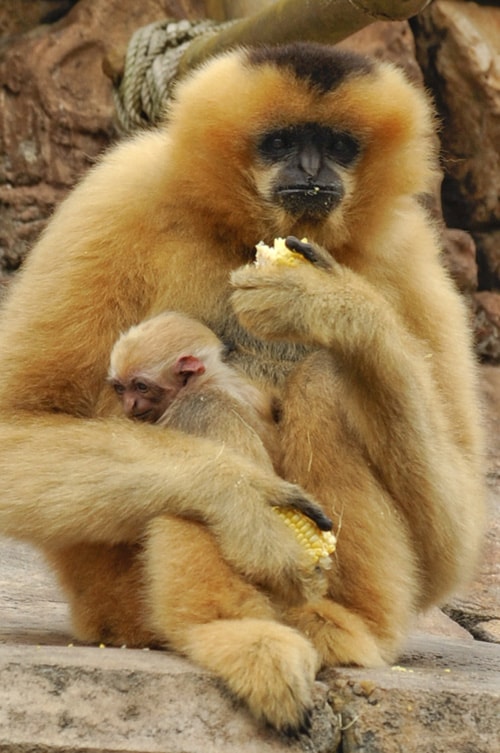 Not all of the celebrating today is Super Bowl related. There’s a new member of the family at Disney’s Animal Kingdom — a baby white-cheeked gibbon — and we’re sharing a first photo on the Disney Parks Blog (thanks, Gene Duncan).

The male baby gibbon was born last week and has not been named. You can see baby, mom (Melaka) and the baby’s two sisters, Suki and Tuyen, in their habitat near Kali River Rapids.

White-cheeked gibbons, an endangered species, spend their lives in the tops of trees. They produce offspring about once every 2-3 years after 7 to 8 months of gestation. Infants have the ability to cling to their mothers immediately after birth, which allows females complete range of motion while moving about the forest with their offspring.

Disney’s Animal Kingdom participates in a gibbon Species Survival Plan program coordinated by the Association of Zoos and Aquariums (AZA).