Disney & Hasbro will release a commemorative set of figures from the original Star Tours boarding party, featuring Star Tours Officer, Kaink, Teek, Ree-Yees and Chewbacca. Ree-Yees will include a custom 3-eye camera as seen in the Star Tours pre-boarding video. 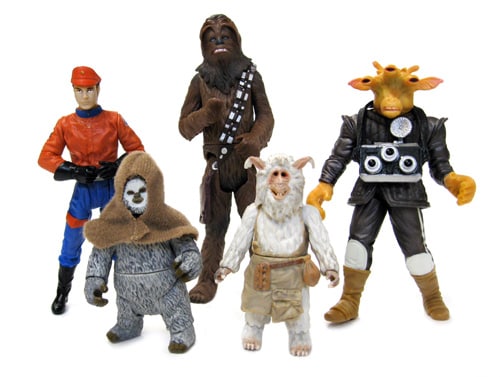 The Disney Cast Member will be introduced as the Star Tours officer when the set launches in May during Star Wars Weekends at Disney’s Hollywood Studios in Florida.

The boarding party will not be as rare as the Holographic Emperor Stitch figure but it will be a one-time production run…limited to 15,000 pieces. Sets will also be available at the Disneyland Resort.