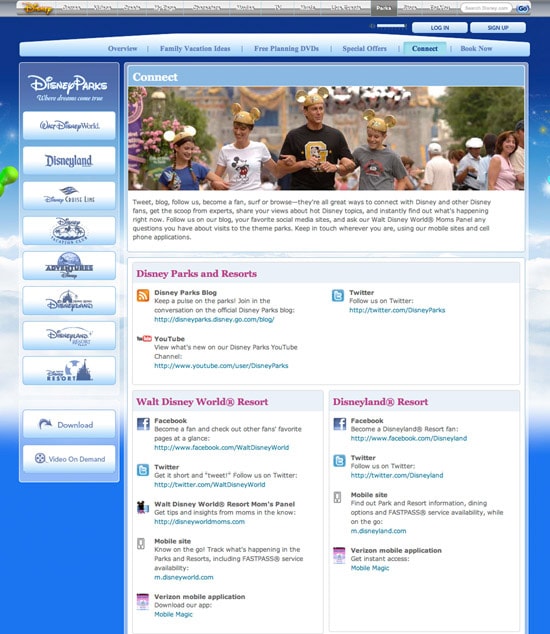 During a quick chat with some Disney Parks Blog readers yesterday, it came up — “What else are you guys doing on the Web?” It’s certainly not the first time I’ve been asked — and the answer is quite a lot. We’re now making it easier to connect and find our official channels with a new page. Check it out.

There were also several other items of interest that didn’t make it to the blog this week:

Disney Parades, Shows — The Walt Disney World Moms Panel shows how to find times for parades and shows in each park.

This Week in History -– Walt Disney World leaders host the groundbreaking ceremony of Typhoon Lagoon in 1987.

Finding a Perfect Restaurant — Some tips from the Moms Panel on finding the perfect restaurant to celebrate an anniversary.