“It’s the Muppet Show!” As a child of the late 70s, those four words kept me glued to the television every week. I think “Pigs in Space” was my favorite segment, or maybe it was Sam the Eagle. So imagine my excitement upon seeing the new Vinylmation Muppets Series #1. As it turns out, I’m not alone in my love for the Muppets. 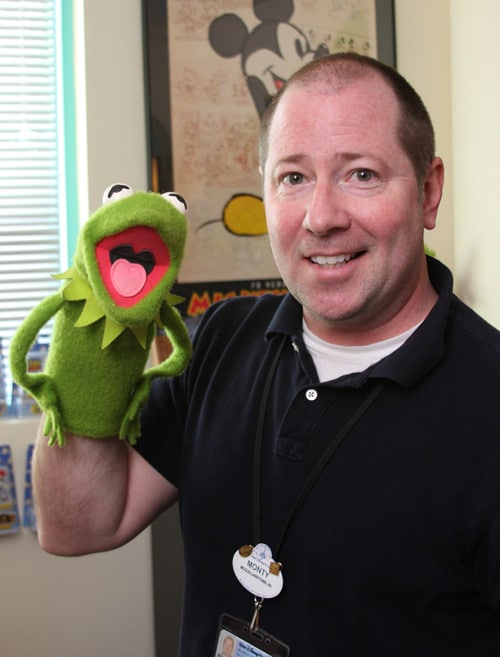 Walk into Disney Design Group artist Monty Maldovan’s office and immediately you’ll see that he really loves the Muppets. Surrounded by various Muppet figures and toys he’s collected, I asked Monty about his fondness for Kermit the Frog and friends.

“I grew up with the Muppets,” said Monty. “I love the characters, the incredibly talented Puppeteers and the Vaudevillian, slapstick humor found in the shows. Jim Henson was a great storyteller much in the same way Walt Disney told great stories.”

Despite his obvious passion, Monty wasn’t specifically approached about creating a Muppets series. 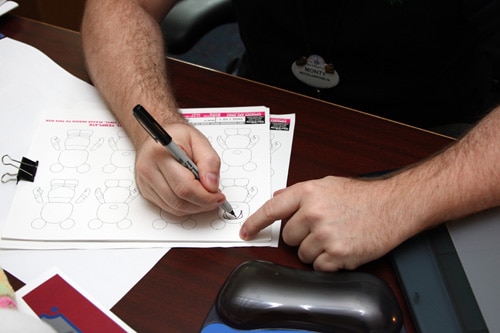 “The initial work for the Muppets series was started in 2008,” continued Monty. “I started sketching various Muppet figures on a blank template which I thought would work for future Park series. Once I started drawing, I couldn’t stop. I eventually ended up with way more than 12 designs.”

The next step in the process was narrowing down choices for final 12 figures.

“I wanted to include so many of my favorite characters like Sam the Eagle,” said Monty. “But we had to make cuts. I guess that is why we called this ‘Muppets Series #1.’ (Wait, did he imply that Sam the Eagle is coming? Yes!)

Next up, unique packaging was designed for this series. Taking a cue from the Vinylmation Cutesters series, the packaging needed a point of difference from the Park or Urban collections. Quynh Kimball from Disney Design Group lead the charge. 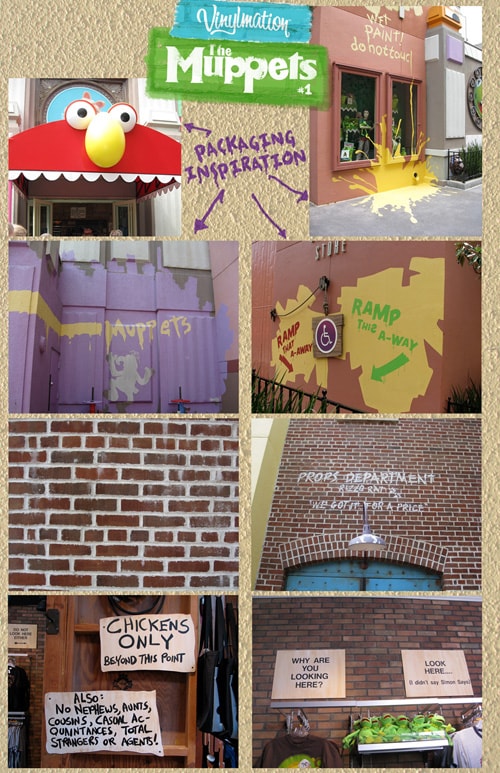 “In a way, Monty and I wanted this series to be an extension of the Muppet*Vision 3-D attraction,” explained Quynh. “The packaging needed to have all the fun, whimsical and wacky Muppets sense of humor. We visited the attraction and took pictures for inspiration. Many details from those photos made it onto the final packaging.”