Since we first announced the return of “Captain EO” on the Disney Parks Blog, there has been an incredible response from fans, and we’ve received many enthusiastic emails and phone calls asking exactly when the classic “Captain EO” attraction featuring Michael Jackson will reopen.

Today, we are excited to give you an update on the Captain’s return!

On Tuesday, February 23, as a tribute to the magic, music and messages of “Captain EO,” the 3-D musical adventure is returning to the Tomorrowland theater in which it debuted. While it’s not possible to replicate some special effects elements from the original presentation, it will boast a new 70mm print of the film, and it will sound better than ever thanks to acoustic enhancements made to the theater since the film last played there in 1997. 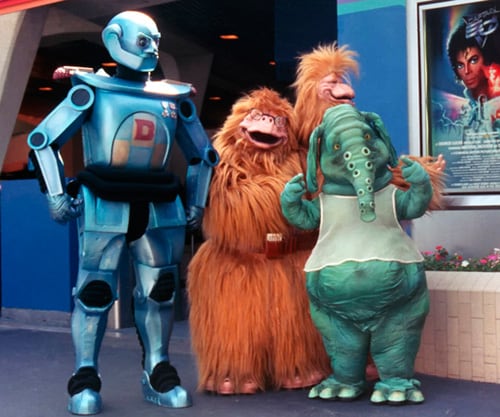 Check back on the Disney Parks Blog next week for more updates. We’ll also share a special “Captain EO” announcement on Twitter early next week. To be the first to hear it, follow us on Twitter: @Disneyland.