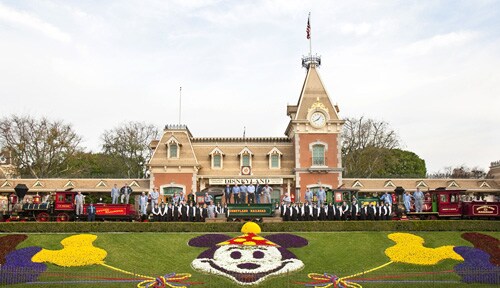 It’s a rare sight to see more than one Disneyland Railroad locomotive in front of the Main Street station at Disneyland park – let alone four. In case you’re wondering, these locomotives all have their own names and were introduced to the Disneyland Railroad between 1955, the year the park opened, and 1959. From left to right, you’ll see C.K. Holliday (1955), E.P. Ripley (1955), Fred Gurley (1958) and Ernest S. March (1959).