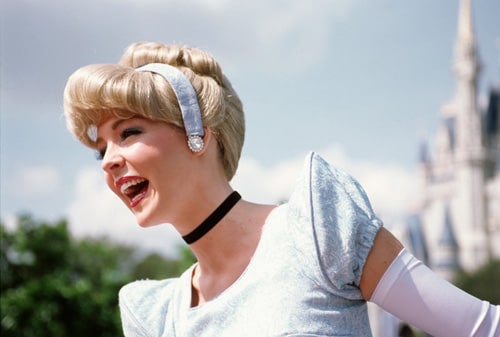 Princesses at Dinner! The Fairytale Dining at Cinderella’s Royal Table in the Magic Kingdom now includes the princesses at dinner, who used to only make appearances at breakfast and lunch. The fixed-price menu is tweaked a bit, too, with a new salmon-crab cake appetizer, but the popular prime rib and roast lamb chops remain.

Congrats to Chef Scott Hunnel at Victoria & Albert’s at Disney’s Grand Floridian Resort & Spa, a semifinalist for “Best Chef in the South” in the 2010 James Beard Foundation Awards, the nation’s most prestigious recognition program honoring professionals in the food and beverage industry. The final nominees will be announced March 22, with winners named on May 3 in New York City.

Check out the spiffed up Crystal Palace in the Magic Kingdom, recently reopened. Look for new menu items – and more changes over the next several months. At lunchtime, the flank steak and pork loin go away, replaced with pork loin with a sugar-cured bone-in ham served with stone-ground mustard or cranberry glaze. And at dinner, no more thai curry mussels – instead a savory clam and mussel dish with white wine, spicy andouille sausage and onions.

Fans of Pecos Bill in the Magic Kingdom, check out the new 1/3-pound Deluxe Angus Burger – a hefty meal on a bun topped with American cheese, bacon, onion rings and barbecue sauce (you won’t need the toppings bar with this one). Or order you Angus burger plain or with cheese. Comes on a multigrain roll with a side of fries.

Conch fritters are back! Beginning March 17, look for the return of those addictive fried fritters at Olivia’s Cafe at Disney’s Old Key West Resort. A new “Taste of the Keys” menu features the fritters as well as Florida favorites such as shrimp and grits. Olivia’s is the perfect get-away-from-it-all dining spot for casual eats – we love the messy Florida jerk chicken wings and the fennel-dusted grouper with black beans and rice.