Tomorrow, we’re celebrating the spirit of giving at Walt Disney World with a special event that’ll include an attempt at a world record – and you’ll be able to see it live.

Since the launch of the “Give a Day, Get a Disney Day” program six weeks ago, an overwhelming number of volunteers have signed up to participate. Some of those superstar volunteers from across the nation will be featured at Thursday’s event, along with a few surprises. 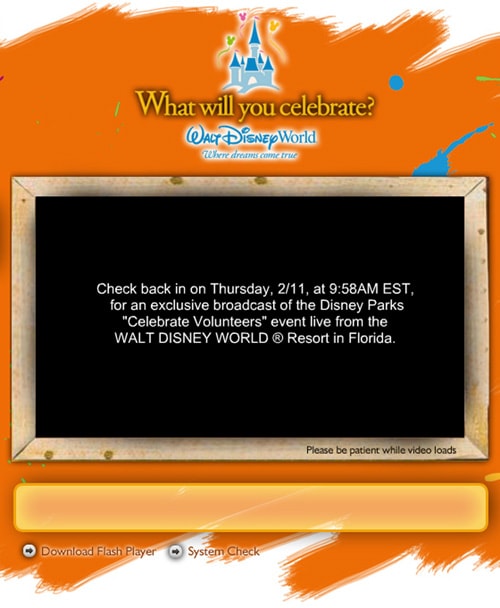 The Volunteers Celebration is a closed event and we’re not yet sharing details of the world record attempt. But there will be a live stream of the announcement beginning at 9:58 A.M. EST at www.celebratevolunteers.com. We’ll also have an update on the blog Thursday.