Your Favorite Memory of ‘Captain EO’ is… 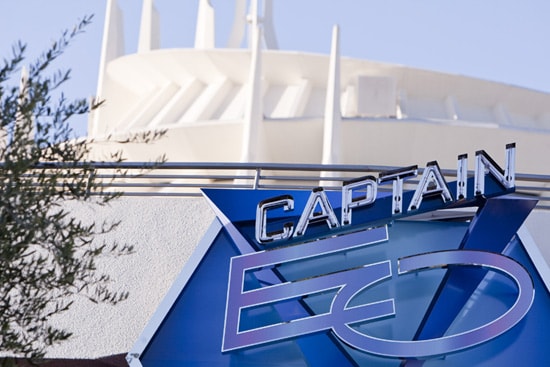 There’s a lot of excitement around the return of “Captain EO” to Disneyland park tomorrow. To find out why guests are so eager to see it, we went into the Park and asked them, “What is your favorite memory of Captain EO?”

For those who may not be as familiar with the attraction, here’s the story: Captain EO, played by Michael Jackson, is on a quest to deliver a gift to the Supreme Leader, played by Anjelica Huston. Joining him is a ragtag group of aliens: Fuzzball; the two-headed Idee and Odee; the robotic security guard Major Domo (and Minor Domo); and a lovable, elephantine purple alien named Hooter.

Before they reach the Supreme Leader, Captain EO and his crew are taken hostage. Only by delivering his gift of song to the evil Supreme Leader can they win her over, save themselves and, quite literally, change the world.

For some, the music is what evokes so many positive memories, including two numbers written expressly for Captain EO that have become Michael Jackson classics: “We Are Here to Change the World” and “Another Part of Me.”

Now it’s your turn. What is your favorite memory of “Captain EO”?

Likes (0)
Share Your Favorite Memory of ‘Captain EO’ is…