Each vehicle is pack individually and retails for $5.95. Disney Star Wars Racers will release in June at Walt Disney World and at Disneyland Resorts. 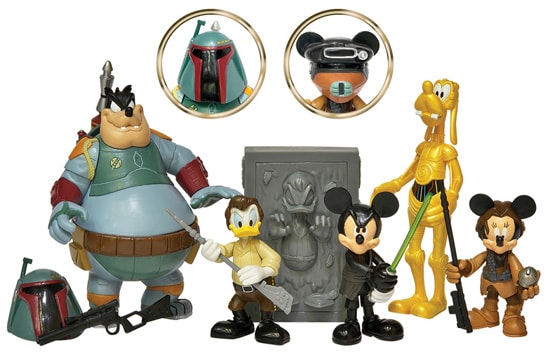 Next up (and my personal favorite) is the Disney Star Wars Action Figure Series. This is the fourth series of Disney Characters “dressed as” Star Wars Characters. These action figures are fully articulated and come with detailed accessories that would impress the most gregarious Wookiee.

Each action figure will be individually packaged and will retail for $8.95. They will be releasing in May at both Walt Disney World and Disneyland Resorts.