Endangered Sea Turtles, Rescued from the Cold, Are Now Being Released 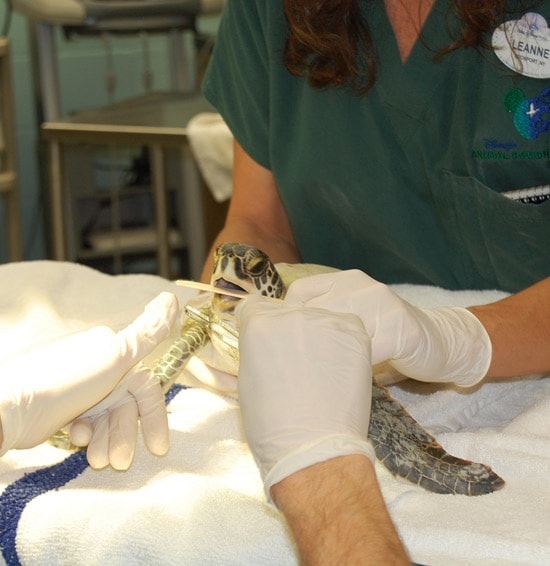 The cold weather we experienced earlier this year gave those of us who make Florida home year-round the chance to wear the sweaters and coats that usually stay hidden away in the back of our closets. It was a fun change for us but not much fun for some of our wonderful Florida wildlife—including endangered sea turtles. Frigid water slows down the sea turtles’ metabolism and can lead to life-threatening comas, frostbite and other health concerns.

To help the turtles, the Disney’s Animal Programs team took part in a massive effort by the Florida Fish and Wildlife Conservation Commission to rescue more than 4,500 sea turtles impacted by the record cold temperatures.

Several turtles were brought to Disney’s Animal Kingdom, some suffering from severe infections and damaged shells. Guests have been able to see the turtles undergo examinations and treatment in the veterinary hospital at Rafiki’s Planet Watch. 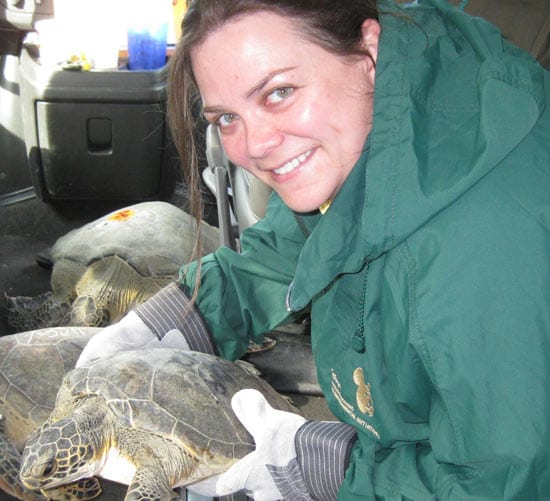 Cast Members also logged more than 10,000 miles throughout the state, carrying more than 500 rescued turtles to warmer waters or rehabilitation facilities. Other efforts included Cast Members delivering much-needed equipment and critical medical supplies including towels, bedspreads, syringes, ointments and pharmaceuticals to areas in need. And a team of Disney’s Animal Programs veterinarians and hospital staff paid a proverbial “house call” to the Gumbo Limbo Nature Center in Boca Raton where they performed delicate surgeries in a makeshift, M*A*S*H-like field hospital along the beach.

With the arrival of warmer weather, we are beginning to release the sea turtles back to the wild. Four of the 14 sea turtles taken to Disney’s Animal Kingdom for rehabilitation were successfully released over the past few weeks. This morning, members of Disney’s Animal Programs team released another—a 10-pound endangered green sea turtle was returned to its natural habitat near the Canaveral National Seashore— bringing the total released to five. The rest remain under the care of veterinarians and animal care experts in heated, salt-water pools behind Disney’s Animal Kingdom—a backstage area that the team converted into a temporary rehabilitation facility. 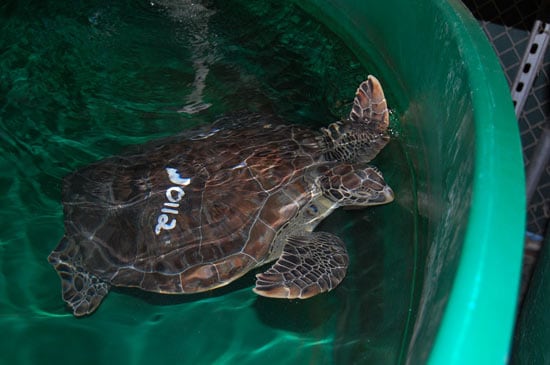 Some of the released sea turtles have been fitted with transmitters which enable researchers to track their movements. Through satellite technology scientists may discover more about sea turtle habits at sea and identify migratory patterns that could hold the key to their survival. This knowledge helps researchers, conservationists and governing agencies make more informed decisions about sea turtle conservation methods and policies.

Since 1986, Disney animal care teams have nursed more than 250 endangered sea turtles back to health. Many of the turtles have been rescued from cold northern waters, nursed back to health at Disney and released in Florida.

Likes (0)
Share Endangered Sea Turtles, Rescued from the Cold, Are Now Being Released