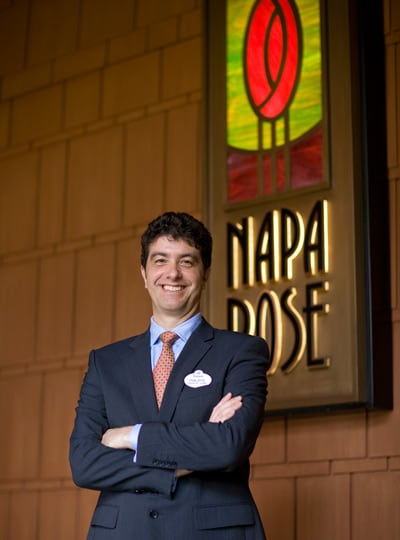 Most recently, Tosques managed operations for Jean-Georges Vongerichten’s Prime Steakhouse at the Bellagio in Las Vegas. He began his career in 1984 as a waiter in Paris and quickly worked his way up the ranks. Tosques has learned from some of the best in the industry, including world-renowned sommelier Jean-Luc Pouteau and Gaston Lenotre, a famous chef of nouvelle cuisine from the Le Pavillion Elysée in Paris. Tosques also opened Le Jardin de Sens in Montpellier with Chefs Jacques and Laurent Pourcel.

At Napa Rose, Tosques joins a staff that boasts 47 sommeliers – believed to be more than any other restaurant – who can offer 40 wines by the glass and a list of more than 200 vintages. Napa Rose, annually rated one of the best restaurants in Orange County, is known for enticing menus that change with each season and dishes that feature the freshest, hand-selected ingredients.

When asked about his new position, Tosques said: “I feel Napa Rose and the Disneyland Resort are a great fit for me and I look forward to working with a team that values guest satisfaction and the culinary arts just as much as I do. I am really excited about this new venture in my career.”