Taking a Good Look Through the Looking Glass… With the opening of the much anticipated Tim Burton’s “Alice in Wonderland” film this week, our Visual Presentation team has been hard at work on last-minute preparations for store window displays and merchandise vignettes. Amidst her busy schedule, I was able to talk with Visual Presentation Manager Lycia Mick, who has been magically transforming merchandise locations throughout the Resort, bringing to life Alice-inspired worlds that will truly capture your imagination. Michelle: Lycia, you have captured the essence of the new film in a way that will provide a true Wonderland type environment and experience for our guests. Can you tell us how you came up with the idea for the window displays for the Disney Vault 28 location?

Lycia: All the colors used in the film are so vibrant and extraordinary. A simple color can bring something to life that you never imagined. So that’s why we tried to create a living environment, where people can immerse themselves in the look and feel of the world of wonderland. I thought it would be a great way to showcase the new merchandise lines as well. 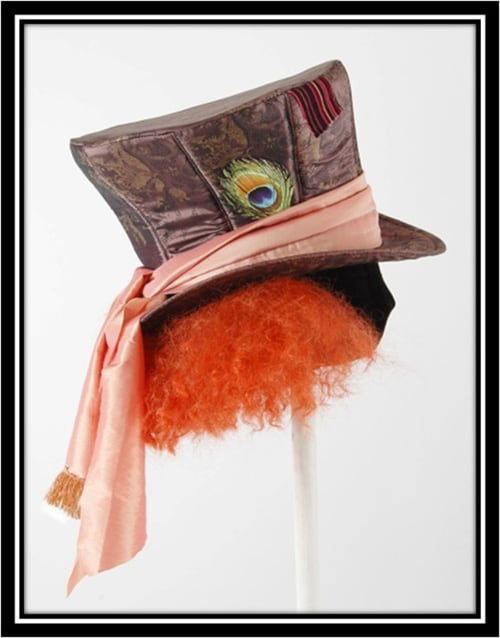 Michelle: One of the things your team has been working on is the many “Alice in Wonderland” merchandise vignettes that can be found throughout the Resort, including Disney Vault 28, D Street and the Fortuosity Shop. You’ve definitely had a sneak peek of some of the new must-have “Alice in Wonderland” items. Do you have any favorites?

Lycia: There are quite a few items that I’d consider my favorite, but I’d have to say the Mad Hatter hat with the peacock style print and the curly orange hair is number one. It’s such a novelty piece, and those who love the Mad Hatter can now immerse themselves in that character even more. It’s also humorous to see how everyone looks so different in it. I’d have to say the Red Queen merchandise is probably a close second. We have some great items, including what we’re calling a “creepy handled mug” which is another one of my favorites. But I certainly love some of the clothing items with the Red Queen as well. 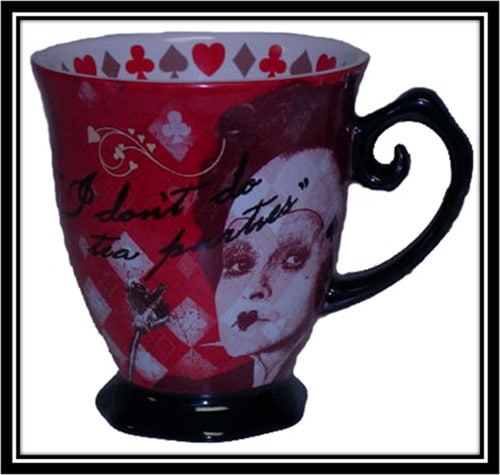 So, don’t be late. These window displays are only on display for a limited time. For Disney and “Alice in Wonderland” enthusiasts, whether you consider yourself a more traditional fan or you like to push the envelope with our edgier and film-inspired product, we have plenty “in store” for you. From apparel and accessories to art and collectibles, a wonderland of offerings awaits you.

So if you’re curious or curiouser about our new “Alice in Wonderland” product, stop by any of the locations listed above and let me know what your favorite merchandise items are.

Likes (0)
Share Taking a Good Look Through the Looking Glass…