UPDATE: Great news Steampunk fans! I spoke with Mike Sullivan and the team at Disney’s Pin Traders in Florida. We’ve been thrilled at your responses to this set, so we’ve arranged a special event for you.

On April 1, you can meet Mike Sullivan, the Disney artist behind The Mechanical Kingdom, and have your pins signed at Disney’s Pin Traders from 10:00 a.m. to 11:30 a.m. This store is located in the Downtown Disney Marketplace at Walt Disney World Resort. Steampunk goggles are optional. 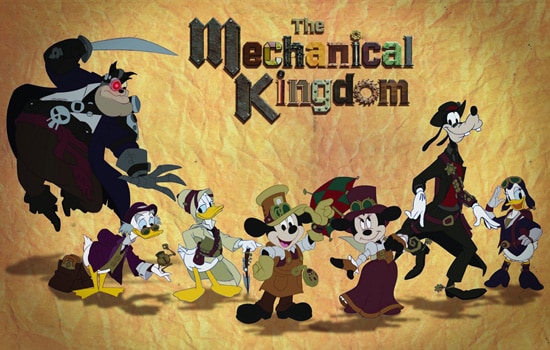 I can still vividly recall the day that Disney Design Group Artist Mike Sullivan visited us holding the image pictured above. My mind was reeling – was I actually seeing Steampunk Disney Characters? I even remember yelling “Steampunk!!” while getting strange glances from everyone around me. Well, everyone that is except for Mike as he created the artwork. So what is this “Steampunk” and why was I so excited?

“Steampunk is like imagining today’s world with a Victorian-era perspective,” explained Mike. “For example, let’s pretend people in the 19th Century created the technology we use today. What would it look like? I think of these larger than life, steam-powered contraptions with lots of gears and switches.”

Mike was first introduced to Steampunk at a major science-fiction convention. Following the event, he did extensive research on the internet (the same place where I first learned of Steampunk). Quickly, he discovered a whole fan community. Mike wondered how he could present our Disney characters in this alternate world. 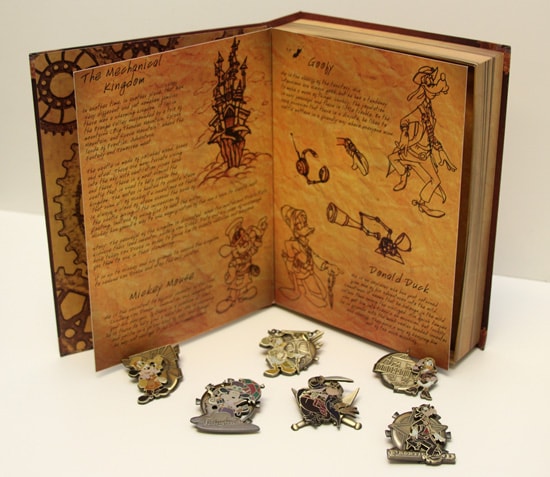 “I created a story outline and several sketches to sell the idea of creating Steampunk-inspired merchandise,” continued Mike. “Honestly, it was a long process explaining the concept as many folks were unfamiliar with Steampunk. Thankfully, the Disney Pin Team loved the idea and created a pin set.” (I promise I had nothing to do with it).

This collection contains five limited edition pins that will be sold individually. There is also a journal written by Professor Ludwig Von Drake that introduces the Mechanical Kingdom story. The journal literally looks like a book complete with a cover and several pages. The final page contains all five individual pins and two “completer pins” – Mickey Mouse and Pirate Pete.

I asked Mike if he has a favorite character from the story he created. 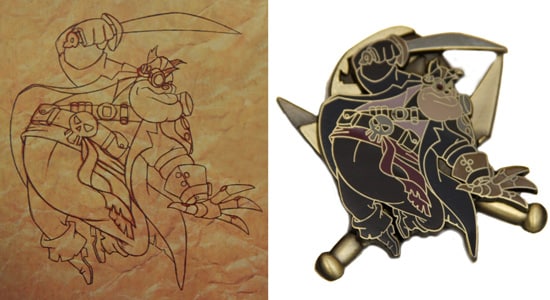 ”I like Pirate Pete the most,” said Mike. “He is a character that I don’t get to draw often. I love the ‘action’ you feel when seeing the artwork and final pin.”

One final and semi-related note – Mike said he is also working on a Vinylmation Steampunk set (Aces!). But that is a post for another time. Trust me, you’ll love it!

Look for “The Mechanical Kingdom” pin set to be released in April 2010 at Walt Disney World and Disneyland Resort.