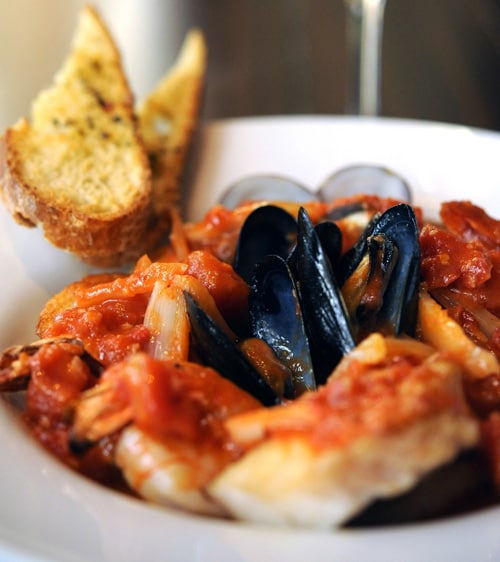 Hmmm, what to cook when President Barack Obama and the Greek prime minister are coming for dinner – and dinner is for 400 guests?

Just ask Chef Dee Foundoukis and Chef George Paterakis, Walt Disney World chefs from Kouzzina by Cat Cora on Disney’s BoardWalk. They’ll be in the White House kitchen on Tuesday along with celebrity chef Cat Cora to cook for Greek Prime Minister George Papandreou, in Washington to meet with the President. Among the dishes to be served is Fishermen’s Stew – the very same stew that you can taste at Kouzzina by Cat Cora.

The popular restaurant showcases many of Cora’s Greek family recipes, including the stew, a savory bowl of scallops, lobster, shrimp and clams dressed with ouzo butter. We think the guests will be impressed.

Also are on the menu are Kouzzina’s loukoumades, those addictive Greek donuts served hot and drizzled with honey.