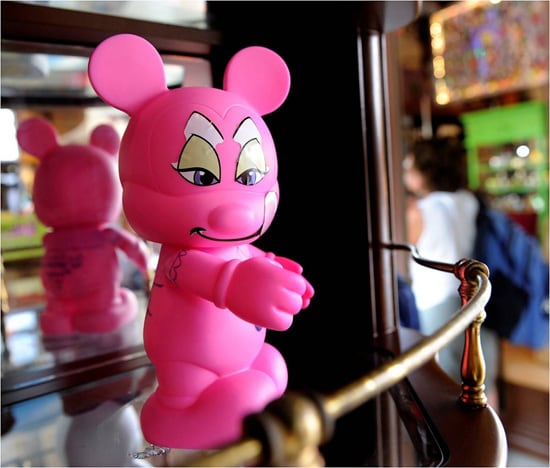 Dara and Steven did a great job of letting us know what to expect at tomorrow’s D-Street Grand Opening. But we have another surprise to share — world-renowned speed painter Rock Demarco will be painting his interpretation of Mickey Mouse at the event. Rock has also been commissioned to design some Vinylmation figures on Friday.

Guests at Disney’s Animal Kingdom will “Party for the Planet” during a park-wide Earth Day celebration on April 22. There will be special entertainment throughout the park on Earth Day:

And we recently announced this year’s official lineup for Night of Joy at Walt Disney World. Here’s the updated schedule.

Here are a few other items that didn’t make it to the blog this week:

Where To Start? — The Walt Disney World Moms Panel answers the question, “In which order should we visit the theme parks?”