Elephants Have Word for ‘Bee-Ware’ 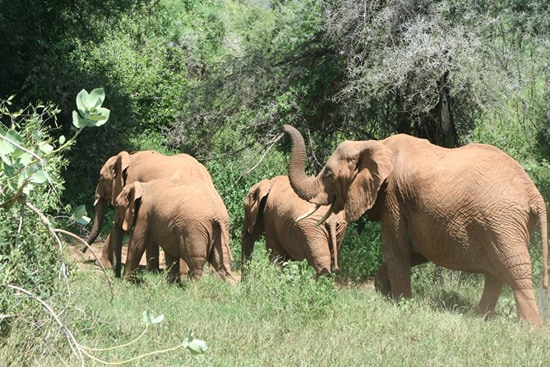 Do elephants tell members of their elephant family to beware when bees are nearby? That’s just one of the exciting questions scientists at Disney’s Animal Kingdom get a chance to ponder. As Senior Conservation Biologist for Disney’s Animal Programs, I have the opportunity to lead a team of scientists whose research helps answer this and many other questions on what wildlife do and why.

A member of the team, Research Scientist Joseph Soltis, Ph.D., has been studying elephants and bees as part of ongoing work to help elephants in Kenya in partnership with scientists from Oxford University and Save the Elephants and with funding from the Disney Worldwide Conservation Fund ($45,000 to Save the Elephants since 2007). For the first time, elephants have been found to produce an alarm call associated with the threat of bees, and have been shown to retreat when a recording of the call is played even when there are no bees around. Results are being reported in PLoS One.

In experiments that were part of the study, the team played the sound of angry bees to elephant families and studied their reaction. Not only did the elephants flee from the buzzing sound but make a unique “rumbling” call, as well as shaking their heads.

The researchers believe such calls may be an emotional response to a threat, a way to coordinate group movements and warn nearby elephants –- or even a way of teaching inexperienced and vulnerable young elephants to beware. Further work is needed to confirm whether the rumble call is used for other kinds of threats, not just bees.

Joseph tells us that the calls also give tantalizing clues that elephants may produce different sounds in the same way that humans produce different vowels, by altering the position of their tongues and lips. It’s even possible that, rather like with human language, this enables them to give superficially similar-sounding calls different meanings. 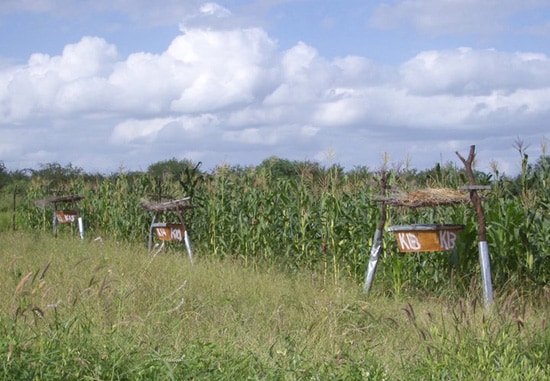 Earlier research found that elephants avoid beehives in the wild and also will flee from the recorded sound of angry bees. Despite their thick hides adult elephants can be stung around their eyes or up their trunks, while calves could potentially be killed by a swarm of stinging bees as they have yet to develop this thick protective skin.

The next time you visit Disney’s Animal Kingdom, be sure to visit the Wildlife Tracking Center at Rafiki’s Planet Watch, where you can learn more about what elephants say to each other — and other wildlife research.