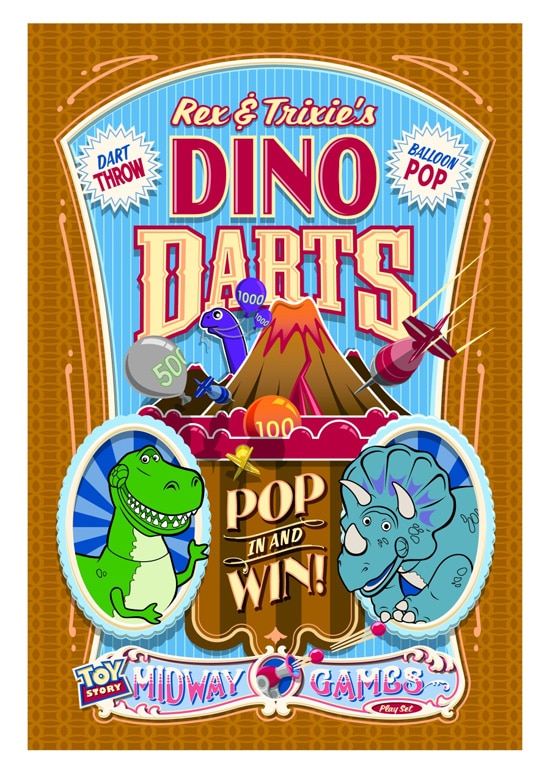 More big news to share today…a new game with new faces is being added to Toy Story Mania! at Disney’s California Adventure and Disney’s Hollywood Studios as part of the celebration of the soon-to-be-released Disney*Pixar film, “Toy Story 3.” We’re also introducing a new character that you’ll have a chance to see and greet at both locations –- and it’s all happening in May.

The new Toy Story Mania! game, called “Rex and Trixie’s Dino Darts,” will involve shooting virtual darts at all new balloon targets in a primeval world filled with volcanoes and lava balloons. You’ll be cheered on by Rex (the nervous Tyrannosaurus rex) and his new friend Trixie (a blue Triceratops, one of the toy characters from the new film) beginning in late May. Walt Disney Imagineering has also added some hidden surprises to the game that will be replacing “Bo Peep’s Baaa-loon Pop.” 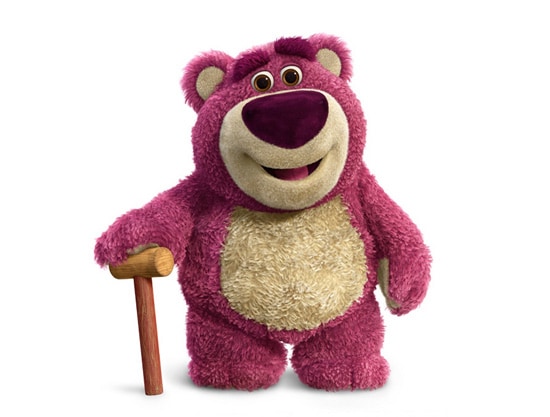 And starting May 9, you’ll get a chance to see “Lotso” (short for Lots-O’-Huggin Bear) at both parks. At Disney’s Hollywood Studios, he’ll be greeting Guests in the meet-and-greet area inside The Magic of Disney Animation and be part of the “Block Party Bash.” The bear who loves to hug will also join “Disney’s Pixar Play Parade” at Disney’s California Adventure and guests will be able to pose alongside the “Toy Story” gang inside a life-sized “blister pack” as if they themselves are toys.