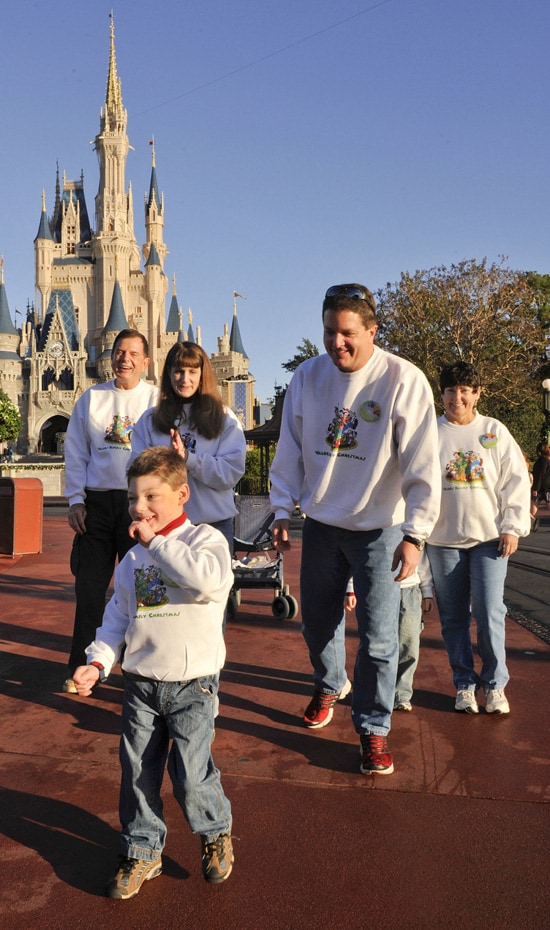 Being chosen as a member of the famed Walt Disney World Moms Panel is an extensive process that involves an application, essay writing, and in the end a phone interview with Disney Destination executives. By the time a finalist reaches the phone interview, he or she knows they have made it past literally thousands of applicants. That call is often the final step to making it on the panel.

Needless to say, most panelists think long and hard about what they’ll say during the few minutes of the interview. What finalist Allison Valdes said when asked the last question during her interview brought the Disney executives to tears.

When asked what her favorite Walt Disney World memory was, Allison said that she had not had it yet. That was an odd response, given that many finalists usually have visited Walt Disney World Resort dozens and dozens of times. I asked her to elaborate. Allison went on to explain that her son 7 year old son Reagan was born with Cerebral Palsy. During those first few hours of his life, his parents were told that he would most likely not survive. And if he did survive, he would be unable to talk, walk or function in any substantial way. Well Reagan had other ideas. He did survive. He speaks sign language and says a few words. “Baa” is his word for his favorite attraction Buzz Lightyear’s Space Ranger Spin.

A few years ago Reagan decided that through therapy he would walk and his first steps would be down Main Street USA. We’re sharing a photo of that day.