Do you remember where you were 15 years ago? Were you one of the many who made the trek to Disneyland park to be among the first to ride the Indiana Jones Adventure attraction? If your answer to the second question was “yes,” then you probably remember some of the great merchandise surrounding the opening of the attraction, including our Indiana Jones-themed hats, apparel, action figure toys and other novelty attraction souvenirs, like the Indy whip.

Fifteen years later, our product development team began a quest to develop new anniversary-themed product that Disney and Indiana Jones enthusiasts alike would enjoy, and here’s what they were able to unearth.

Indiana Jones unisex tees include popular sayings, icons and characters from the film, including “I Hate Snakes,” Archaeology Geek, Fortune & Glory, the rolling ball and the much anticipated Indiana Jones Adventure Fifteenth Anniversary commemorative tee with the tagline, “It’s not the years, it’s the mileage.” Young archaeologists can join the excavation in a denim youth tee that reads, “A one way ticket to adventure!” 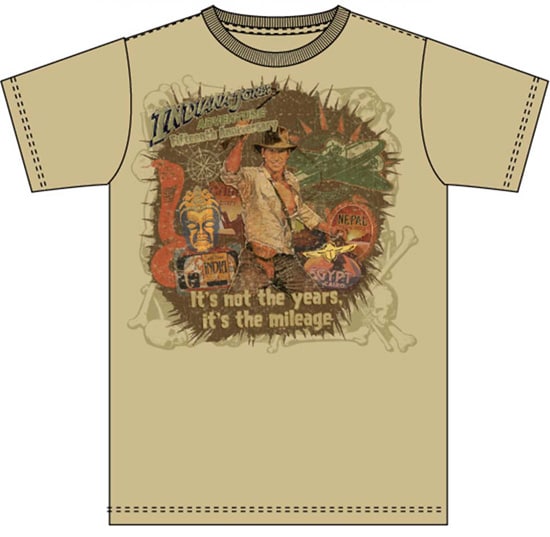 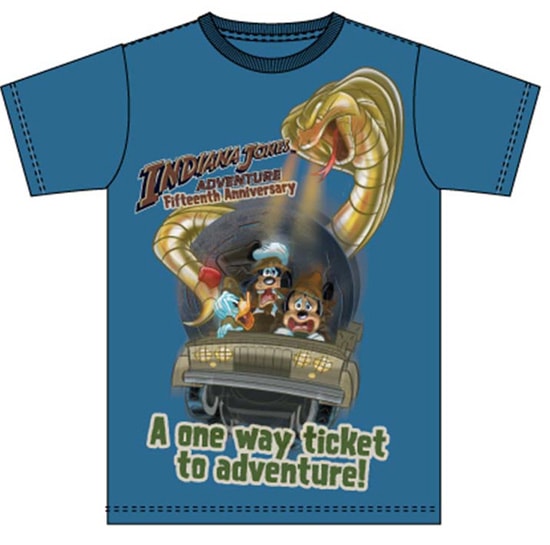 Some other fun “artifacts” you will dig up include a souvenir mug, a water bottle, a magnet and other items with the 15th Anniversary nod to the beloved attraction.

Tip: West Coast Indiana Jones fans won’t be the only ones who are able to scavenge for this merchandise. Similar merchandise is being created for our Walt Disney World theme parks in celebration of this historical milestone.