Last week, we started counting down the days to the 55th anniversary at the Disneyland Resort by sharing highlights from the most recent half a decade. This week we’re looking back to 2005 through 2001.

This week, I chose the 50th anniversary celebration on July 17 as the event I found most memorable in this five-year period. The re-dedication ceremony was full of fanfare and concluded with Walt Disney’s eldest daughter, Diane Disney Miller, re-dedicating Disneyland park the same way her father did in 1955. One of the things I remember most about the 50th anniversary was the golden versions of some of my favorite Fantasyland attractions. 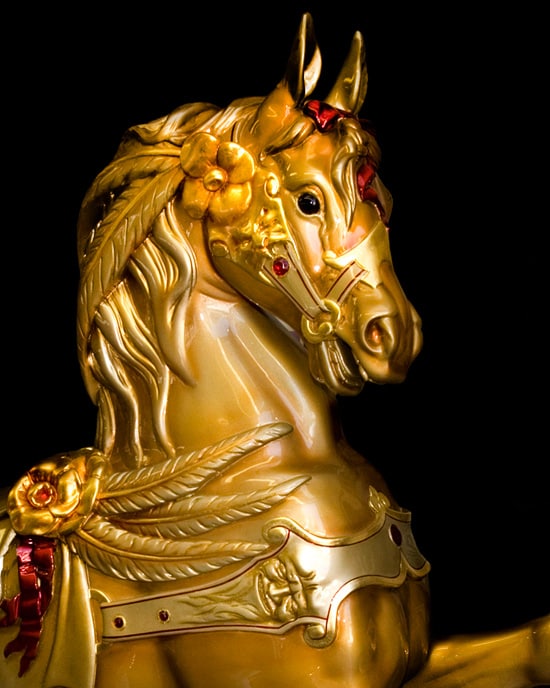 Here’s a look at some of the events around the Resort in 2005 through 2001. What do you remember best?

2004 – Over at Hollywood Pictures Backlot, guests began having hair-raising experiences when The Twilight Zone Tower of Terror opened May 4. At Disneyland park, three Olympic gold medalists took to the water at the Disneyland Resort in a pool built in the middle of Main Street, U.S.A. during the final stop of the “Disney’s Swim With the Stars” tour. “Snow White – An Enchanting New Musical” debuted. Disney’s Paradise Pier Hotel completed a renovation in June featuring redesigned guest rooms, an enhanced lobby and a new pool area with a waterslide.

2003 – “Playhouse Disney – Live on Stage!” came to Disney’s California Adventure park and The Many Adventures of Winnie the Pooh debuted at Disneyland park. Jingles and the rest of King Arthur Carrousel’s 72 steeds were ready for guests again after an extensive refurbishment. In June the Pirates franchise was born when we rolled out the red carpet on Main Street, U.S.A. for a Hollywood-style premiere of “Pirates of the Caribbean: The Curse of the Black Pearl.”

2002 – “a bug’s land” opened at Disney’s California Adventure park, offering guests the chance to see the world through a bug’s eyes. In October, the first CHOC/Disneyland Resort Walk in the Park saw 11,000 participants stroll through the Resort. After baseball’s fall classic had ended, the Resort was awash in a sea of red as fans came out to cheer the Angels in a victory celebration. The year ended with three wishes as the Disney’s California Adventure production of “Disney’s Aladdin – A Musical Spectacular” had its first performance.

2001 – This year saw the completion of the largest expansion in Disneyland history at that time, and on just the second day of the year, Disney’s Grand Californian Hotel welcomed its first guests. Shortly after, Downtown Disney opened the doors to its shopping, dining and entertainment venues, while Disney’s California Adventure park celebrated its grand opening in February. Over at Disneyland park, Rancho del Zocalo Restaurante opened in Frontierland. On July 4, guest favorite “Disney’s Electrical Parade” returned after an absence of almost five years to light up the streets of Disney’s California Adventure park. Grim grinning ghosts celebrated the holidays with the first appearance of Haunted Mansion Holiday at Disneyland park, and band lovers celebrated “The Power of Blast!” at the Hyperion Theater at Disney’s California Adventure park, featuring brass and percussion instruments and choreography reminiscent of a halftime spectacular.

What’s your favorite event or memory at the Disneyland Resort between 2005 and 2001?