UPDATE – May 25: Due to overwhelming demand, we’re bringing back Disney Design Group Artist, Cody Reynolds for an encore signing of the new Disney/Star Wars Kooky Pens. Cody will be signing the new Kooky Kollections on Friday, May 28, 2010 at The Writer’s Stop at Disney’s Hollywood Studios from 1:00pm – 4:00pm. If you’re at Star Wars Weekends this Friday, make sure you stop by and say hello! We’ll see you there! 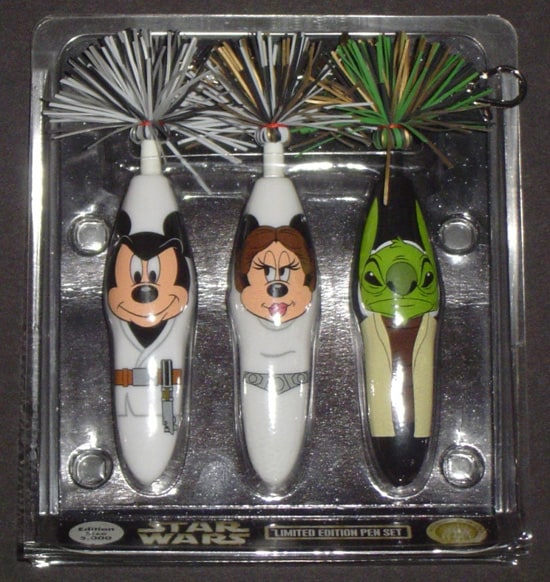 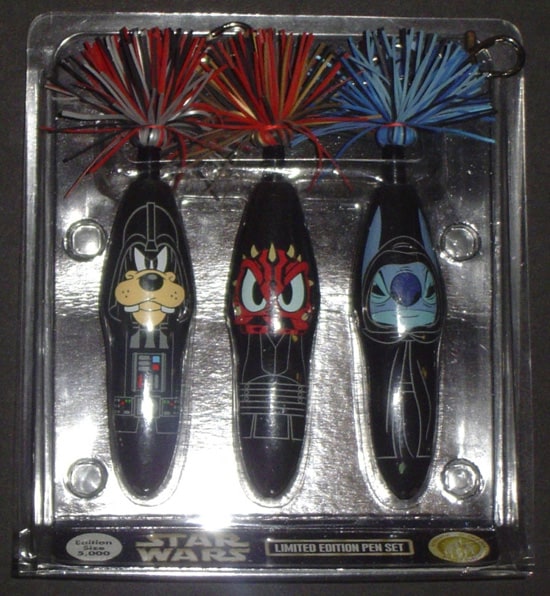 Each Disney/Star Wars Kooky Pen Set is a limited edition of 5000.

Join us as we celebrate the premier of these two limited edition sets and have the opportunity to meet Kooky Pen Creator, Brent Reese and Disney Design Group Senior Character Artist, Cody Reynolds. Brent & Cody will be on hand to meet guests and sign the new Kooky Pen releases at The Writer’s Stop in Disney’s Hollywood Studios, May 21-22, 2010 from 10:00am – 11:00am and 1:00pm – 2:00pm.