Kicking Their Way To South Africa

Think back to what you were doing when you were 12 years old. If you’re like most people, you probably weren’t catching transcontinental flights to South Africa, but that’s exactly what a lucky team of talented Under-12 soccer players will be doing after their trip to Walt Disney World this weekend.

The winning team from the Danimals Nations Cup qualifier – which is part of Disney’s Memorial Day Soccer Shootout presented by Danimals at ESPN Wide World of Sports Complex – will earn the chance to compete in the Danone Nations Cup World Finals in South Africa in late September. 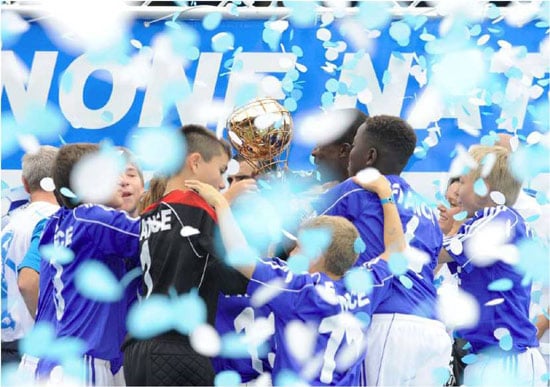 The team will represent the U.S. at the World Finals, where they will be among 1,100 youth soccer players from 40 countries. Talk about an experience of a lifetime.

Follow results of the qualifying event at espnwwos.com or on Twitter @DisneySports to find out which Under-12 team is going to make their South Africa dreams come true at Disney.