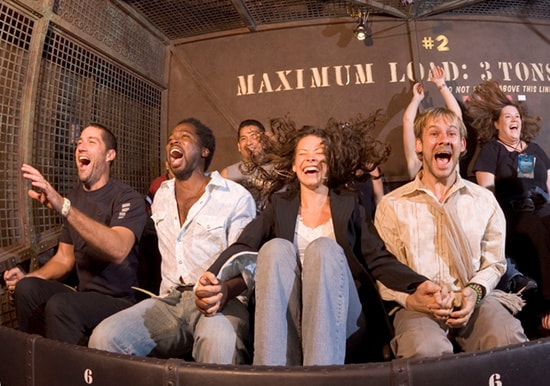 As fans of the hit ABC series “LOST” prepare for the series finale, I thought it would be fun to look back at a photo we took during ABC Primetime Preview Weekend at Disney’s California Adventure park in 2004.

During the event, which took place 10 days before the debut of this wildly popular television series, original cast members Matthew Fox, Harold Perrineau, Evangeline Lilly and Dominic Monaghan took the 13-story plunge on The Twilight Zone Tower of Terror together.

I like to think that their brief trip to the fifth dimension was good preparation for the six successful seasons that followed.