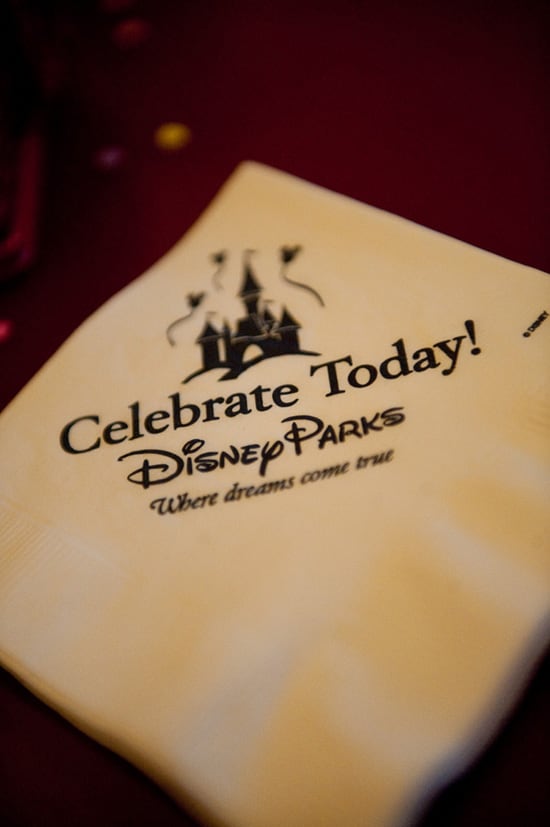 Have you tried the Chackalaka? With the flavor of dark fruits, we’re told that this delicious South African wine is only served in two restaurant outside of South Africa: Sanaa and Jiko – The Cooking Place, both at Disney’s Animal Kingdom Lodge. Sanaa has three other exclusives on its menu: The First Lady, a cabernet sauvignon from South Africa; Maude Pinot Gris from New Zealand, and Rudera Robusto, a chenin blanc from South Africa. Cheers!

Speaking of Jiko, there’s a new chef in the kitchen. Chef Dennis Thompson makes the move from California Grill to the kitchens at Disney’s Animal Kingdom Lodge. Thompson has been with Disney for nine years, and describes his culinary style as “American with classical European influences.” He’ll stretch his creativity with Jiko’s cuisine and wine that celebrate the flavors of Africa. But we hope he keeps the Swahili curry shrimp with artichokes and coconut rice on the menu.

No more PB&J pizza at Chef Mickey’s – guest peanut allergies necessitated the demise. But they’ll still make you one if you ask! New on the buffet are kid-friendly, healthful Baked Potato Puffs, crispy on the outside with a drizzle of olive oil, but soft in the center. Other new tastes include turkey hash and a veggie quiche in puff pastry. Early feedback is thumbs up for both.