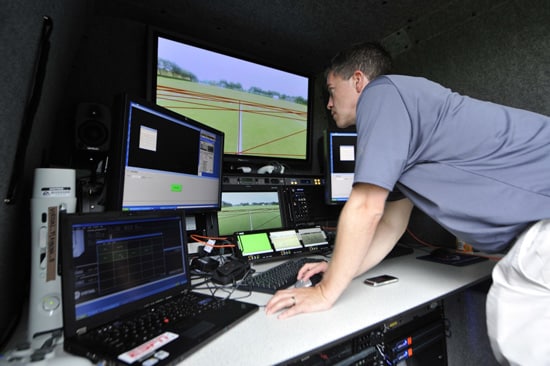 If you can’t make the trip to South Africa next month for the World Cup soccer event, don’t worry about it. Disney is bringing the World Cup to you.

In fact, it’s already here – sort of. Fans, athletes and coaches at ESPN Wide World of Sports Complex at Walt Disney World Resort this week likely got a sneak peek at the cool new virtual on-air application that ESPN will use during its telecast of the World Cup. The global sports network is utilizing its Virtual Playbook application, which integrates video game style graphics with its real-life commentators to illustrate various aspects of the World Cup action. Shooting using the Virtual Playbook has been taking place this week at the complex, which is ESPN’s hub for development of a variety of innovative new on-air applications and its new 3D TV channel. 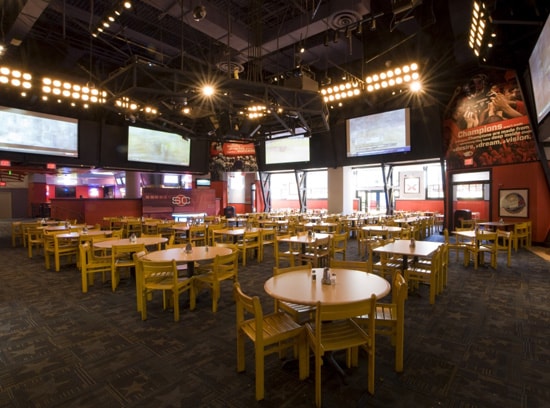 Then, next month, Walt Disney World Resort becomes one of only a few official World Cup viewing locations. Fans can catch live World Cup action on ESPN at ESPN Wide World of Sports Grill from the opening game June 11 as well as attend special viewing parties from the Round of 16 matches until the title match (June 26-July 10). The parties feature guaranteed seating and an all-you-care-to-eat buffet that includes Buffalo wings, hot dogs, fruit, salads, a nacho bar, desserts and non-alcoholic drinks – all for $19.99 per person, per game (plus tax). There will also be a special viewing area for the championship match July 11.

Reservations can be made starting May 27 by calling (407) WDW-DINE or going to espnwwos.com.

Of course, if you are one of the lucky fans who will get to go to South Africa for the World Cup, be sure to bring back plenty of souvenirs for the rest of us!