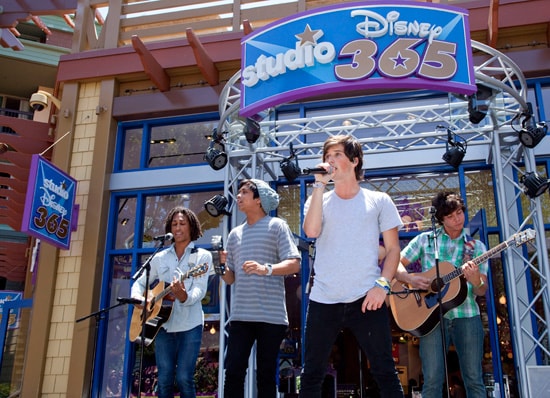 Last week, Allstar Weekend, a band whose hit single “A Different Side of Me” recently hit number one on the Radio Disney Countdown, celebrated the release of their debut album at the Disneyland Resort. Fans had the opportunity not only to hear the band perform outside Studio Disney 365 at the Downtown Disney District, but also to meet the guys in the band and get their CDs autographed! 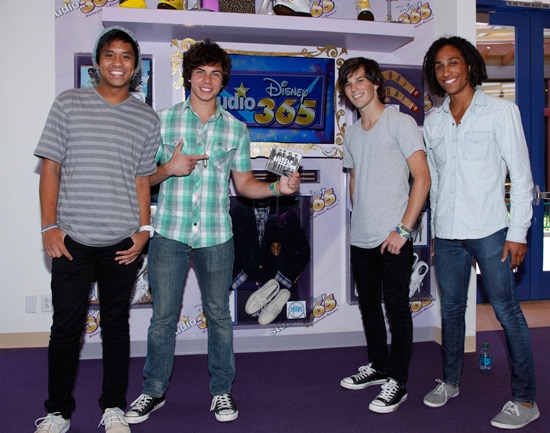 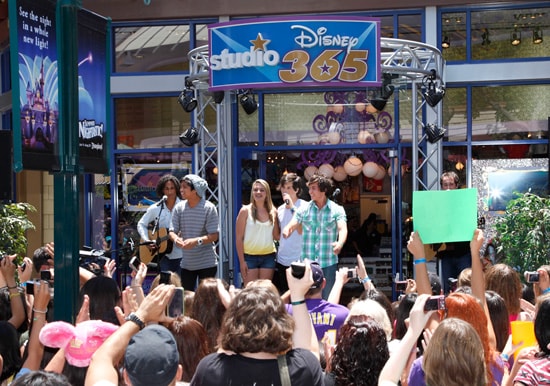 They stayed for hours and made sure they met every fan who came out to see them. Zach, Cameron, Nathan and Michael are four of the nicest guys you’ll ever meet and I really couldn’t tell who was more excited to be there – the fans or the the band!

Allstar Weekend’s appearance at Studio Disney 365 can be seen here.